Synopsis: Life in south-west rural France is not the sleepy idyll you might suppose. Local duck and goose farms are being attacked by animal rights protestors attempting to halt the production of foie gras.

A senior policeman has been shot by terrorists believed to be the Basque Separatists of ETA. And if that weren't enough, a group of students have just unearthed a 'modern' skeleton during a dig at one of the ancient sites of this famous region and home to pre-historic man - a dig that has brought an influx of foreigners to the Dordogne.

It is up to Chief of Police Bruno Courrèges to get to the bottom of these seemingly unrelated events. Martin Walker spins a surprising and compelling mystery, laced with charm and a deep knowledge and love of France, past and present. It is a combination that will win him many fans.

The Author
Martin Walker was educated at Balliol College, Oxford and Harvard. In 25 years with the Guardian, he served as Bureau Chief in Moscow and, in the US, as European Editor. In addition to his prize-winning journalism, he wrote and presented the BBC series Martin Walker's Russia and Clintonomics. He has written several acclaimed works of non-fiction, including The Cold War: A History. His most recent novel is Black Diamond. He lives in Washington and spends his summers in his house in the Dordogne. 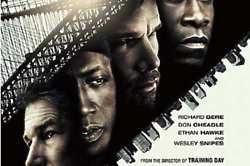 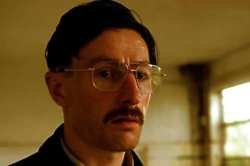 Win a copy of Blue Bayou on DVD, starring...

Win a copy of Black Water Sister by Zen Cho