Female First's book of the day- The Hobbit

Having seen the film only yesterday I thought it only fitting to write about the book behind the film of the same name The Hobbit.

Bilbo Baggins settles for a simple life and all of his daily activities are concentred around the cosseted hobbit habitat, Bag End. Bilbo’s contented life comes into disarray when he is visited by Gandalf the wizard and thirteen dwarves in an effort to get him involved in an unexpected journey. Their purpose to get back the home of the dwarves that was taken from them by the Dragon Smaug. After a lot of deliberation Bilbo decides to join the unlikely team and explore the other dangerous places in Middle Earth, which are far removed from the safety and familiarity of Bag End.

Along the way they encounter orks, Gollum and a good many other characters that we recognise from the Lord of the Rings trilogy.  A perfect read either before or after watching the film. Also, a little easier going than the trilogy if you are looking for light relief from Tolkien’s more substantial offering in his following books.

First published in 1937, it is considered one of the most influential novels of this century. It is written in a more episodal from, introducing a new character in practically every chapter and it is often noted for having themes of warfare that can be compared to Tolkien’s time in World War I.

tagged in The Hobbit 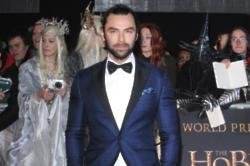 Aidan Turner Spent a Month 'Learning to Move Like a Dwarf' 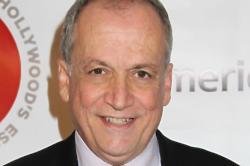 Joe Letteri Agrees With Rename of the Final Hobbit Film 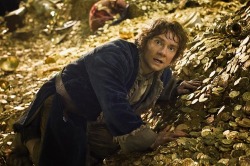 The Hobbit: the Desolation of Smaug Leads Empire Award Nominations