Psychologist Dr Paul Taffinder is already a bestselling, award-winning author in the business field, where he is respected as one of the UK’s leading experts on leadership. He is also a huge science-fiction and fantasy fan, and with the publication of his epic new trilogy ‘The Dream Murderer Cycle’, he combines his profound insights into the human mind to provide a science fantasy masterwork “tale of human purpose”. Set on a post-Apocalyptic Earth that has descended back into a brutal and superstitious Dark Age, it explores one immortal woman’s quest to restore what has been lost before the last sparks of humanity are extinguished for ever.

Q. How would you sum up The Dream Murderer Cycle trilogy to a new reader?

A. The trilogy is part-sci-fi, part fantasy, part real. The premise is that Earth is recovering from a massive comet strike. Eslin, the protagonist (or perhaps anti-hero), is gifted immortality at the age of five by new nanotechnology just prior to the cataclysm. The story then jumps forward 1,890 years after the disaster. In this new Dark Age of dream wanderers, who foretell the future, fanatics of the Faith and assassins, Eslin, now known as ‘Skava’, is a spymaster in a feverish empire of feuding clans. Her ancient enemies, the last of her fellow immortals, have found her again and are on her trail.

It is a tale of human purpose, how to grab it, how to hold on to it and why it matters. As Eslin, the protagonist, says, “The point of balance, between the fears that grip you and the risks you dare to venture, is purpose.” She should know— she has felt immortality as both a blessing and a curse of terrible ennui.

Q. How has your background as a psychologist helped with the development of characters within your trilogy?

A. I immersed myself in psychology, completing four degrees including a PhD. After a career in the field, understanding of people, their motivations, fears and aspirations is extremely helpful in creating real characters with deep back stories. Some of the characters are designed around actual people, pinpointing their flaws and strengths.

I also am an avid student of historical figures and people like Alexander the Great, Boudicca, Julius Caesar, Plato and Socrates make their presence felt in the novels—at least in terms of their thinking or actions. Because I see specific characters in full as I write, their core personality becomes self-directing, in the sense that they can only do things that fit their unique personality and motivations.

Psychology gives an author a wonderful expanded emotional landscape to draw from. Knowing the good in people and their potential for great evil is one thing; understanding where it comes from and how it manifests in real behaviour is quite another.

The Dream Murderer Cycle by Paul Taffinder comprises three novels: Murderer of Dreams, Betrayer of Dreams and Mistress of Dreams. Epic in scale, meticulous in detail, and grounded with the author’s profound insight into the human psyche, this trilogy is a dream come true for all sci-fi and fantasy fans.

Q. Similarly, what psychological themes do you explore through the novels?

A. Ennui and despair—the lot primarily of the Immortals. As I set out in my novels, legend says 10,000 immortals survived the comet Echrexar’s predations. Very few remain. The copy of a page from an ancient document reads, “They despaired. They could see no end and no purpose. The others, in small groups, argued and disputed angrily or drew away. In time only a handful remained.”

Thus, I explore the unsettling slide into part-madness for the immortals who cannot hold to purpose yet can live forever. Also, the Immortals’ moral dilemma: should they choose to actively intervene in the world to rebuild what was or remain in the shadows where it is safer? Associated with this concept is the theme of disguise and hiding in plain sight. Being someone whom you are not, but never escaping the core of who you are. Among the spies and assassins of Kiangsu Realm, disguise is essential. But they are not alone: the clan nobles cling to protocol and politesse but manoeuvre behind other clans’ backs to gain advantage and, literally, stick the knife in!

Finally, there is the theme of love and loyalty versus betrayal. The villainy of enemies is to be expected, but treachery by those you trust is abominable. Often, it seems, it is those whom you love who can fall to the worst of betrayals. Still, there are those like one of the characters, Pillio—an officer and soldier—who lives by his integrity and his loyalty to squad, army and King.

Q. What do you admire most about the trilogy’s chief protagonist, Eslin?

A. When Eslin was five, she was told by her mother that because of her longevity she would be “like Gilgamesh, two-thirds god.” The Epic of Gilgamesh, the world’s oldest written story, stays with Eslin all her extended life. Constantly she seeks to right the world; to strive to return the world to what was lost. She believes that the greatest good is what matters, and that no one with an Immortal’s privileges should refuse to remake the world—in spite of the agony of perpetual choices and the remorse of failure stacked on failure, like chains of guilt weighing down your soul. She would call that cowardice.

The Dream Murderer Cycle trilogy follows immortal female protagonist Eslin’s battles, both with herself and others, to restore civilization to a world in ruin.

Q. How are the novels, while science fantasy, grounded in real-world issues?

A. Catastrophe is never far away on Earth. Our ancestors understood this very well. These days we seem to have forgotten that and huge panic eventuates at every new challenge: the climate catastrophe, the pandemic crisis, global warming and global cooling, poverty and famine … and so on.

A comet strike, as in the trilogy, would be a genuine calamity and the books explore the implications as backdrop to the unfolding of Eslin’s battles and adventures. In the prologue I describe the global conflagration when pulverized matter from the impact of the comet hurtles back to the ground as superheated glass ejecta. Buildings and cities that come through the initial days of devastation would crumble within 40 to 150 years. Enormous landslips would engender stupendous tsunamis to alter forever the geography of the continents. For survivors, most painful might be the vast accumulation of artefacts of civilization scattered over the surface of the earth, slowly being buried under the recovering forests, oceans and seas.

The people who are lucky enough to be underground would survive but the following decade or more would be an in-between time of darkness, with layers of ash and thick water vapour forming impenetrable cloud cover, blocking out the light of the sun. In the book, Eslin and her family, with some 2,000 fortunate individuals, have sought refuge at Svalbard on Spitzbergen in the Arctic Circle. Svalbard is an actual refuge, built years ago to preserve 12,000 years of seeds used in agriculture. Covered by permafrost and 130 metres above sea level, it is ideal as a refuge—but billions of people across the planet would not be so lucky.

Q. Who do you think your trilogy will appeal to, and what will they gain from reading it?

A. Anyone who has read or watched Game of Thrones, Dune or Lord of the Rings. People who love sci-fi/fantasy books like Steven Erikson’s Malazan Book of the Fallen series (10 books) or those gamers who love the Fallout series about a post-apocalypse United States.

In brief, I hope readers will gain …

The third and final novel in Paul Taffinder’s epic The Dream Murderer Cycle, Mistress of Dreams, will be published soon.

Q. You are an avid reader of science-fiction and fantasy. What draws you to these genres?

A. Sci-fi and fantasy can offer perspectives and possibilities that other genres do not. Sci-fi invariably is a vision of what might the future look like, how people will live in the future and the challenges they will face. Mostly, I love the vast reach of sci-fi/fantasy, creating worlds upon worlds with no-end to the potential of what might happen next, what creatures might appear or what characters might do.

Q. Who are your biggest literary influences, and what have you learned from them?

A. Shakespeare, as number 1. A playwright of surpassing genius who constructed characters of depth and works of outstanding poetic beauty. What I have learned from reading and watching Shakespeare’s plays is the need to fill out characters and use the power of words to bring out the essence of what it is to be human in all its emotional and intellectual complexity.

Joseph Conrad’s works have always been a favourite of mine – especially Heart of Darkness with its examination of the malign impulses of people, hiding below the surface of ‘civilization’. I have also been profoundly influenced by Victor Hugo’s novels – Notre Dame de Paris, Les Miserables. One book I read when I was 19 was War and Peace. I picked it up because the title had become an adage in itself, with people saying of anything long that it was like War and Peace. Mostly they also meant it was boring. I steeled myself to read it but, to my surprise, found it so compelling I could not put it down! Its detail, intertwined with real history, really struck a chord for me—novels can be both based in reality and a type of fantasy.

Of course, I have read and re-read all of Jack Vance’s novels, as well as the novels of C.J. Cherryh, Ursula K. Le Guin, Steven Erikson and most of the sci-fi/fantasy authors.

Q. What is the one piece of writing advice you swear by?

A. Treat writing as work. Put one word behind another until you have a book. It’s a great pleasure to write, but it’s still best to have the discipline of working at it, day-to-day.

Q. Without giving away any spoilers, what can readers expect from the third and final part of the trilogy, published later this year?

A. Here’s an excerpt from the cover synopsis:

Skava has set the tiles of fate to fall one upon another in a pattern that will wrench the world to her purpose. The Realm tumbles inevitably towards war and a decisive clash at Tower Pike. But has she overreached?

Skava’s battlefield weapons, built in secret but untested, promise much; allies offer unexpected pledges; victory might be within grasp…But those same allies vow blood feud whilst friends clutch daggers behind her back. Assassins and plots multiply. And the king has his own surprises to unleash.

In the end, everything leads to the ancient temple at Cise Hook where the gods, it seems, dream their reckless dreams … 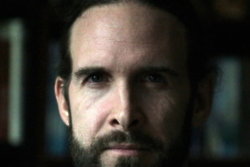 HERE BE DRAGONS: AN INTERVIEW WITH HIGH-FANTASY AUTHOR CHRISTOPHER BRAMLEY 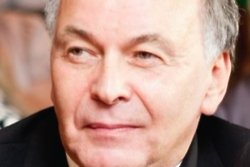 Beyond Belief: An interview with Atheist author Harry Margulies 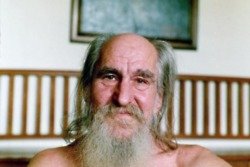