Christmas Is Cancelled For A Quarter Of The UK's Workforce

Christmas Is Cancelled For A Quarter Of The UK’s Workforce

Company Christmas parties used to be the biggest shindig of the year, but as belts are tightened across the country, a quarter (25%) of Brits reveal that their work is not putting on a do at all this year, according to research commissioned by the UK’s bowling industry.

Cash-savvy workers appear to understand why cut backs have to be made, but cancelling the party altogether is not what they had in mind - a fifth (20%) do not believe it’s the right time for extravagant Christmas parties, but they do want to see a fun, affordable night organised in its place.

The survey of 2,000 working Brits on behalf of the UK’s top five bowling companies also revealed that almost one in ten (8%) of us would be happy to contribute towards the annual festive outing, but only if work foots the majority of the bill.

And a further one in ten (9%) workers who are not being treated to a party have given up all hope and are instead planning their own work night out - and picking up the tab.

In general, more than a third (36%) of workers believe their company should be spending more money on social events - and this is hardly surprising considering a whopping 44 per cent state that their work never hosts social events and a further 22 per cent of us only get to be involved in one team-building event outside of work each year.

Working Brits clearly see the benefits of spending time together socially, with almost a third (29%) believing that letting off steam away from work helps the team get on better together.

16 per cent also state that getting on well with co-workers increases productivity in the workplace, and a further 39 per cent claim that knowing their colleagues’ strengths and weaknesses helps them to improve their working relationships.

The UK’s top five bowling companies have joined forces to create an ‘Office Bowling’ Facebook campaign to encourage the UK’s workforce to spend more time together away from the workplace. Check out http://apps.facebook.com/officebowling/ for more information. 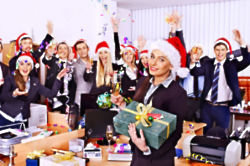 Brits Are Embarrassed By Their Actions At Christmas Parties 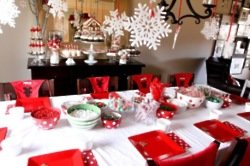 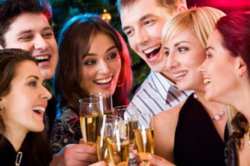