Family and friends of 'Two And A Half Men' star Angus T. Jones are worried he has been brainwashed by his church and could give away his fortune to the religious sect.

Angus T. Jones' family and friends are worried he has been brainwashed.

The 'Two And A Half Men' actor recently blasted the show as "filth" and urged viewers not to watch it in a video for Forerunner Chronicles, a church which is part of the Seventh-day Adventist movement, and those close to him fear he will give away his vast wealth to the religious group.

A source told E! News: "His mom is really worried and in contact with the producers of the show. The main concern is that he is going to give away all his money to the church.

"It's like he's been brainwashed. Everyone is shocked and very concerned."

The 19-year-old actor - who has been on the show since he was nine - claimed it contradicts his deep Christian values and he wants to quit.

"Please stop watching it and filling your head with filth. People say it's just entertainment. Do some research on the effects of television and your brain, and I promise you you'll have a decision to make when it comes to television, especially with what you watch. 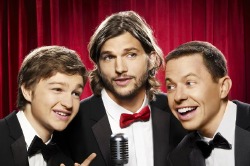 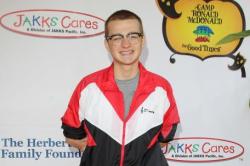 Angus T. Jones Returns to Two And a Half Men