Beth Ditto has revealed she loves watching British TV show 'How Clean Is Your House?' and wishes there was a US version.

Though sometimes they come to America and than can be better - I feel there's no dirtier house than in the United States.

The Gossip frontwoman wishes her favourite programme, 'How Clean Is Your House?' - in which presenters Kim Woodburn and Aggie McKenzie help people sort out their filthy surroundings - would launch in her native America because it would be such a challenge for the hosts.

She said: "My favourite TV show is 'How Clean Is Your House', the British one - there is no American one.

"Though sometimes they come to America and than can be better - I feel there's no dirtier house than in the United States."

Beth also revealed her favourite film is 'Sister Act 2: Back in the Habit' because she is such a huge Whoopi Goldberg fan.

She said: "I don't know what it is about it, but I just love Whoopi Goldberg. She's amazing - every role she does, she's so underestimated and underrated.

"When she's given a script, she always goes through it as a black woman and asks for things to be changed if they're not accurate to life. That's just really amazing.

"And I love the ideas of nuns running around and going wild." 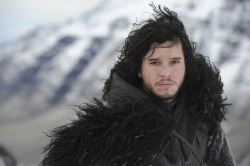