Brooklyn Decker plans to adopt a baby with an "intellectual disability" at some point in the future.

The 25-year-old actress - who is married to tennis pro Andy Roddick - is planning on expanding her family eventually and has been inspired by her aunt, a Special Olympics athlete.

She told Canada's Flare magazine: "I want to adopt a baby with an intellectual disability one day. I mean, that's in the distant future, but that's always been a goal of mine.

"I mean, that's in the distant future, but that's always been a goal of mine.

"Unfortunately a lot of kids with intellectual disabilities are given up for adoption when they're born because it's a lot for their family."

However, Brooklyn - who is best known for her roles in movies 'Battleship' and 'What to Expect When You're Expecting - is not always so confident with her decisions; she has previously confessed to feeling similar to Kristen Wiig's insecure maid of honour character Annie Walker in 'Bridesmaids'.

She said: "I feel like her character is my inner soul.

"The ways she acts are my inner thoughts, but I just can't express them because they're too nerdy. So if he [Andy Roddick] was calling her crazy, I guess that makes me slightly crazy." 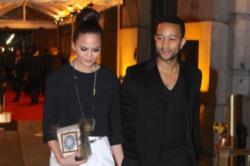 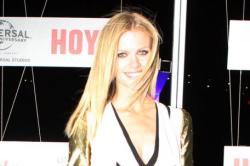