Carlos Santana Gets Engaged On Stage

Guitar legend Carlos Santana got engaged on stage to his drummer Cindy Blackman during a concert last week.

Carlos Santana proposed to his drummer on stage.

Cindy and I are blessed to have found each other.

The guitar legend popped the question to Cindy Blackman during a concert in Chicago last Friday (09.07.10).

The 62-year-old musician - who is currently on the 'Carlos Santana Universal Tone Tour 2010' - asked Cindy to be his wife during her drum solo as the band played the track 'Corazon Espinado', and after she said yes the couple kissed, much to the delight of the cheering audience.

In a statement, Carlos said: "Cindy and I are blessed to have found each other.

"Being in love is a gift from the universe, and the spirit and vibrations that come with it are infinitely powerful.

"I look forward to expressing that incredible energy through my music, and in helping to tip the balance toward more love in the world with what Cindy and I share."

Carlos was previously married to Deborah Santana for 30 years and had three children with her.

However, the couple divorced in 2007 with Deborah citing "irreconcilable differences".

Cindy, 50, is a respected jazz and rock drummer who has toured on numerous occasions with Lenny Kravitz. 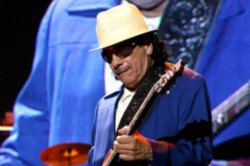 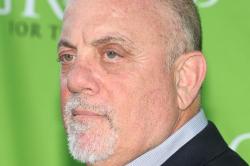