Chris Brown feels like a "man" for completing his domestic violence counselling course.

i have enough self respect and decency to be proud of accomplishing this DV class. Boyz run from mistakes. Men learn from them!!! (sic)

The 21-year-old singer was ordered to undergo the classes as part of a sentence for assaulting then-girlfriend Rihanna in February 2009 and revealed yesterday (20.12.10) the lessons have now finished.

Posting a certificate of completion on his twitter page, he wrote: "im done with class.

"i have enough self respect and decency to be proud of accomplishing this DV class. Boyz run from mistakes. Men learn from them!!! (sic)"

In August 2009, Chris was sentenced to attend the classes, undergo 1,400 hours of community labour, banned from contacting Rihanna for five years and placed on five years probation after pleading guilty to assaulting the 'Russian Roulette' singer.

Last month, Judge Patricia Schnegg praised the 'Run It' hitmaker for the efforts he has made with every part of his sentence.

She told him: "Of all probationers I've ever had, and I've had thousands of probationers, no one has ever done a better or more consistent job than you have.

"And I really want to commend you for taking responsibility, and for actually working diligently to complete all of the things the court has required of you."

The pop star is due back in court on January 28 for his next status hearing. 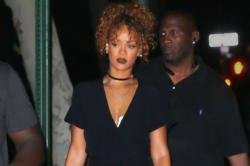 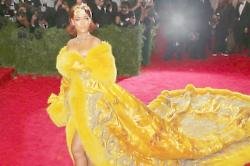