Christy Turlington has got Lyme disease.The supermodel-turned-actress was luckily diagnosed with the infection - which is most commonly contracted through a tick bite and causes flu-like symptoms and a nasty rash - in the early stages and is being treated with antibiotics.A friend of the 38-year-old star said: "They caught it early - she is going to be fine."If Lyme disease goes untreated, it can go lead to chronic arthritis and inflammation of the brain.A representative for Christy - who has two children with husband Ed Burns - insists she is doing well, saying: "While we don't answer any questions about Christy's private life, so there is no misunderstanding, Christy is very healthy and fine."Meanwhile, Christy - who is mother to three-year-old Grace and 19-month-old Finn - has revealed she is keen to have more children.She said: "I want this chaotic, loud family. I'm one of three and my husband's one of three. I'm working on him.

"He's always been really involved. The children tire us out. You get to bed at night and you feel like you've been ploughing a field, and we do have help in and out all the time." 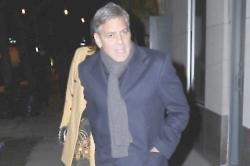 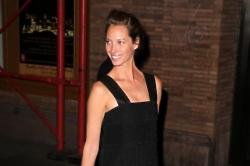 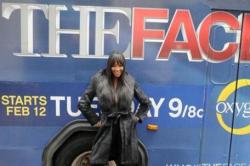