Former 'Baywatch'actor David Hasselhoff has put his Los Angeles home on the market for $3.8 million.

The former 'Baywatch' star has put the 8,947 square-foot mansion on the market for $3.8 million and it is located in the San Fernando Valley area of the city.

The impressive property features a two-story living room with windows overlooking the backyard, as well as having a chef's kitchen, a library, a sun room, a pub room, an office and a gym.

The home is described as an "entertainer's paradise" as it boasts a tennis court, pool, waterfall and a grotto.

David and his Welsh girlfriend Hayley Roberts split their time between Los Angeles and the UK and he recently revealed he was considering buying a home in the picturesque Cotswolds in Gloucestershire, South West England.

He said: "We recently went to the Cotswolds for her birthday and fell in love with the place. We looked at a couple of houses there and have found a place in a little village called Broadway, which we've put an offer in for.

"The Cotswolds won't know what has hit them. I'm hoping the locals take to us though and I'm already naming it Hoffway. I love your country and almost feel like an honorary Brit." 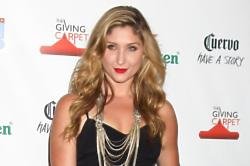 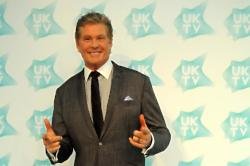