Boyband member is no longer with 'The Inbetweeners' actress.

One Direction's Harry Styles has broken up with his girlfriend Emily Atack.

The 18-year-old 'X Factor' 2010 star has split from the 22-year-old 'The Inbetweeners' star according to his bandmate Louis Tomlinson.

The 20-year-old 'You Don't Know You're Beautiful' star let slip during an interview that the pair were no longer dating.

When asked if they were still together by the Mirror, he said: "No, no..."

Louis also revealed that the heartthrob was the most popular with girls on their tour of America and Australasia.

He said: "Do I even need to say who? I think it would be completely and utterly unfair to single out girls in that way, or put it like that.

The star also made a cheeky dig at rival boyband The Wanted.

He said: "I think it is always blown up out of proportion, the way that just because we're two boybands there's massive rivalry.

"But we are hoping that they'll still get on with us. Because, you know, there is potentially a spot on our arena tour for them to support us." 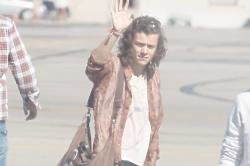 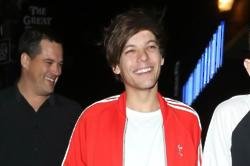