Movies need broad appeal to succeed and bosses don' want to alienate anyone.

The 'Help' actress believes many movies that were made in the 1970s would not be commissioned these days as studio bosses are too afraid of "offending" anyone.

She said: "It concerns me that movies seem to be getting more and more conservative and watered down.

"I see movies made in the 70s such as 'Network' that I really don't think would get made today. A movie that calls the audience to task for sitting glued to their screens, believing everything they're told by the media? That would be considered too challenging today. Nobody wants to risk offending the viewers.

"Movies need broad appeal to succeed and bosses don' want to alienate anyone."

Emma, 22, believes many actors censor themselves to an extent where it has a severe impact on their performances.

She added: "I even hate it when people censor themselves. You can always tell when an actor has grown a 'rhino skin' to protect themselves. It comes across on screen and they aren't believable.

"They're dead in the eyes because they've been told a million times that they're the greatest actor that ever lived. If you don't realise what's happening and get your feet back on the ground, it can be the worst thing that ever happens to you." 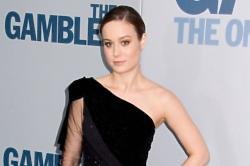 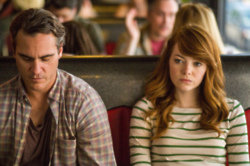 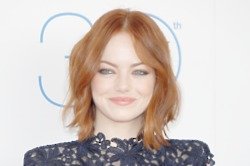 Emma Stone Reveals Why She Turned Down Ghostbusters