Freida Pinto says her boyfriend Dev Patel is the only person who "understands" her and who can always lift her mood when she's feeling down.

Freida Pinto says Dev Patel is the only person who "understands" her.

The 27-year-old actress has been dating her 'Slumdog Millionaire' co-star since they worked on the film together in 2007 and because they have "shared so much together" he is the only person who knows how to "uplift" her mood.

She said: "We have shared so much together; and he is always the person I go to first. When you've shared something like that, you have no-one else to go to but that person who completely understands.

"So if I have a complete downer, he knows exactly how to uplift my moods and I can do the same for him. It actually helps a lot having gone through the same experience, when that experience is so unique."

Freida is six years older than Dev but insists he is the mature person in their relationship.

She told The Independent's Arts and Books Review magazine: "Some people don't actually know that he's six years younger than I am! He's too mature. I keep telling him, 'Stop being an old man!' He's just an old soul.

While Dev is mature beyond his years, the 'Black Gold' star actress doesn't want marriage and children until later in life.

She explained: "I want all of that one day. I feel being an actress is probably not half as difficult as being a mother, and I do not know when I will be ready for that kind of a decision.

"I've seen my own mother do it and I look at her and how she dabbled in school and how she managed raising her children, and I don't think I'm ready for it. But it is more commendable than being an actress." 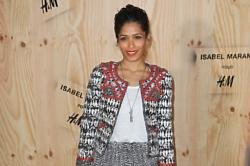 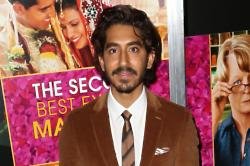 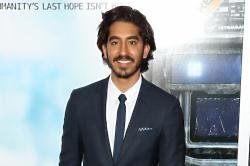