Mel C: I Was Nearly Kicked out of Spice Girls

Mel C has revealed she cam close to being kicked out of the Spice Girls at the eight of their fame in the 90s.

Mel C with Geri, Mel B and Emma

Mel C has was nearly thrown out of the Spice Girls.

The 38-year-old singer has revealed there was often a strained relationship between the five band members - Geri Halliwell, Mel B, Emma Bunton, Victoria Beckham and herself - and she was also forced out while others threatened to quit before Geri eventually left in May 1998.

Speaking in upcoming British TV documentary 'The Spice Girls' Story: Viva Forever!', she said: "She'd (Geri) left before but not publicly. I mean, I think a few of them had left, well, Melanie and Geri left a few times.

"I nearly got kicked out once as well, but that's another story. So yeah, I mean, it was difficult and you know, I think Geri would say these things herself. But you know she was having some personal issues and it's no secret that her and Melanie had a very fiery relationship in the past.

"They are the closest of all of the band. You know, they're absolutely in each other's pockets or they can fight like cat and dog."

After Geri's departure the group continued as a foursome until disbanding in December 2000.

All five members reformed in 2007 for a reunion tour and they got together again this summer for a performance at the London 2012 Olympics closing ceremony.

This month, the musical 'Viva Forever!' - which is based on the Spice Girls songs and was penned by Jennifer Saunders - opened with all the girls attending the premiere. 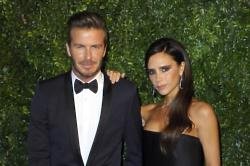