Hanson are launching their own beer - named MMMHop - in early 2012.

Hanson are launching their own beer.

It's vital our fans have trust in everything Hanson do. In fact we are soon going to be selling our own beer, I'm not even joking. MMMHop IPA anyone?

The musical brothers Isaac, Taylor and Zac Hanson are in the process of developing an Indian Pale Ale which they plan to release in early 2012, and are going to name the beverage MMMHop after their biggest hit 'MMMBop'.

However, the group admitted they are unlikely to ever follow in the footsteps of other boy bands and develop miniature dolls of themselves.

Speaking at Oxford University Union on Monday night (28.11.11), Zac said: "We of course make records, they are fundamental to what we do, but we wanted to create a brand so that our fans have a greater experience.

"What is vital is that Hanson merchandise is quality and not made solely with the purpose of profit. We have a board game and even a record player to play our last record on, but we will never make dolls, lunch boxes or toothbrushes that play our songs for example.

"It's vital our fans have trust in everything Hanson do. In fact we are soon going to be selling our own beer, I'm not even joking. MMMHop IPA anyone?"

Hanson are not the first band to launch their own beer, as last month British group Elbow developed Build A Rocket Boys Beer in honour of their album of the same name, while Def Leppard's Joe Elliott launched a lager named Down 'N' Outz.

Elsewhere, the likes of AC/DC and Carlos Santana have developed their own wines. 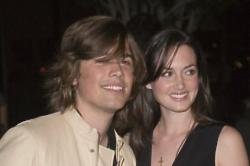 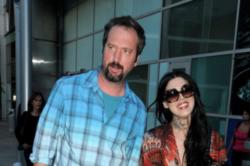 Tom Green to Release Beer Line in the US