Hulk Hogan: Surgeries Left me Twisted Like the Exorcist

Hulk Hogan has revealed the surgeries carried out on his back by the the Laser Spine Institute LLC (LSI) - who he is suing for over $50 million - left his body contorted in pain.

Hulk Hogan was left twisted like "'The Exorcist'" after his unsuccessful back surgeries.

The wrestling legend recently filed a lawsuit for over $50 million in loss of earnings against the Laser Spine Institute LLC (LSI) in Tampa, Florida, claiming their unnecessary operations on his spine cost him a lucrative contract with the WWE (World Wrestling Entertainment).

Hulk - whose real name is Terry Bollea - insists the procedures carried out between February 2009 and August 2010 severely damaged his already injured back and left his body contorted like the possessed character Regan MacNeil in the 1973 horror film.

He exclusively told BANG Showbiz: "The people who worked on my back, Laser Spine, said I didn't need a fusion. So they cut on my back one time and I felt pretty good after a couple of weeks. I called (WWE owner) Vince McMahon and said, 'Man I'm good to go, let's do this deal.' So we started planning, then suddenly I was like, 'Ah, ah, my back!' That put the deal on hold. Then they cut on me six more times and they kept cutting more bone away, until I had to have a spinal cord stimulator put in my back. The stimulator has wires that go up your back and stops the pain. They put that in my back because my body was twisting like 'The Exorcist'. I couldn't pull my head around front, my body was all contorted."

Hulk, 59, had thought he'd found "heaven on earth" after being told by the Laser Spine Institute he didn't need his spine fused together.

But the multi-time world champion was in so much agony he went to see different doctors who were astonished by the state of his back.

Hulk - who now works for 'TNA IMPACT Wrestling' - explained: "Everybody else said I needed a fusion. When they're asking you if you're ready for a fusion, they say make sure you've done every option - rested, trained, proper nutrition. Then if you can't eat, you can't sleep, you can't work, if you can't have sex, if you can't even function in life, then fusion is your only option. The Laser Spine people came along and said, 'You don't need a fusion.' I thought I'd found heaven on earth ... But after the surgeries I was in so much pain that I finally went and got the fusion. The doctors looked at me and went, 'Oh my god! What did they do to you?' They'd cut so much bone away the new doctors didn't know if they could piece it together but they did and I'm OK now."

Part of the multi-year deal with the WWE would have seen Hulk wrestle John Cena in a dream match at the company's annual showpiece 'Wrestlemania'. 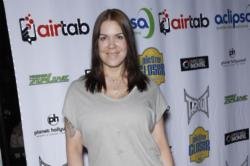 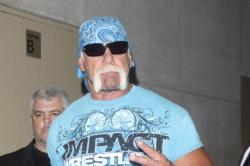