The 'Dawson's Creek' actor - who already has 18-month-old daughter Olivia with Kimberly, his second wife - revealed the news on twitter, but has yet to reveal a name for the newborn.

He wrote: "Had my first son this morning... well, actually, my wife had him. I just caught him. Wow. Heart expanding way faster than my brain...

"If you could bottle up and distribute this feeling, I swear there'd be no more war. #fatherhood(sic)"

James - who starred alongside Katie Holmes and Michelle Williams in 'Dawson's Creek' - regularly tweets about his family life on twitter, and previously claimed his daughter was growing up particularly fast.

He wrote: "The cliche about fatherhood that's the most true: It goes so fast. Happy first birthday, little miss thing. I love you beyond...(sic)"

James and Kimberly started dating in July 2009, one month after he separated from first wife Heather McComb and the couple married in a Kabbalah ceremony in Israel in August 2010 before Olivia was born. 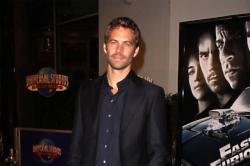 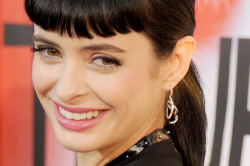