Julianne Hough has revealed she was very ill and battling a high fever on the red carpet at the premiere of her new movie 'Safe Haven' in Los Angeles on Tuesday (05.02.13)

Julianne Hough was extremely ill at the premiere for her new movie.

The 'Safe Haven' star has revealed she was forced to walk the red carpet with a dangerously high fever at the Los Angeles screening of the movie, in which she stars alongside actor Josh Duhamel, on Tuesday night (05.02.13) after coming down with her fourth bout of the flu in recent months.

She told USMagazine.com: "I had a 102-degree fever. It was pretty tough but I'm good. I'm a trooper. I've been sick four times since November. This is the last one, I think! Too many planes!"

The 24-year-old former 'Dancing With The Stars' dancer revealed that she is very amused by rumours that she is due to marry her boyfriend of almost three years Ryan Seacrest, 38, soon.

She said: "It's funny. I think so many people are so concerned if we're getting married of not, we're like, 'For real? What's happening?' So now we're just playing along, making people think something."

But when the couple eventually do tie the knot, Julianne revealed she doesn't want a big wedding.

She previously said: "I always thought of who I'm going to be with the rest of my life and what my life is going to be like with that person.

"I was one of those girls when I was a kid that never really planned a wedding or thought of the big wedding day. A wedding to me is whatever, I mean, it's a cool party but I'm not a big wedding kind of person." 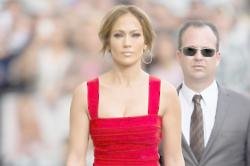 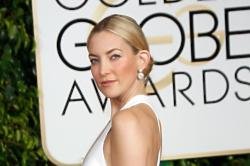 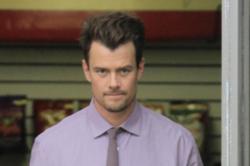