Modern Family Sweeps Board At Emmys

'Modern Family' swept the board at the Emmy Awards last night (23.09.12) winning four prizes including the top comedy honour and accolades for Supporting Actress and Supporting Actor in a Comedy.

The female cast of Modern Family at the Emmy Awards

The US sitcom took home the top Comedy Series prize as well as gongs for Supporting Actress and Supporting Actor in a Comedy for Julie Bowen and Eric Stonestreet, while the ABC show's helmer Steven Levitan won the Director award.

Psychological thriller 'Homeland' upstaged some of the more established programmes by winning four drama series honours including the main prize for the category and Series Actor and Actress in a Drama prizes for Damian Lewis and Claire Danes respectively.

Damian introduced himself to the audience as "one of those pesky Brits" and later admitted he thought 'Breaking Bad' star Bryan Cranston, who has won the accolade three times, would be victorious in the category again this year.

Speaking to CNN backstage, he said: "I was quite convinced that he'd be walking up again tonight."

Dame Maggie Smith took home the Supporting Actress prize for her role in British drama 'Downton Abbey' and Jimmy Fallon won the Guest Actor in a Comedy prize for his cameo on 'Saturday Night Live'.

'Two and a Half Men' picked up two prizes thanks to Jon Cryer and Kathy Bates winning the Lead Actor and Guest Actress in a Comedy accolades.

Kevin Costner won the Best Actor prize for starring in a Miniseries or Movie for his part in Civil War drama miniseries 'Hatfields and McCoys' and Julianne Moore won the respective Best Actress accolade for 'Game Change'.

The ceremony - which was hosted by Jimmy Kimmel at the Nokia Theatre in Los Angeles - ended with a touching moment as Michael J. Fox, who has been battling Parkinson's disease for several years, receiving a standing ovation when he went up to present the final award of the night. 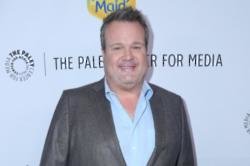 Eric Stonestreet: I Wanted To Be A Clown or A Marine 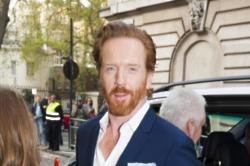 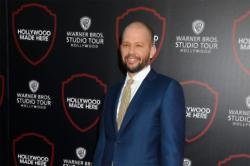