MIMI ROGERS: 'WHY IS TOM AND KATIE'S ROMANCE SUCH A BIG DEAL?'Actress MIMI ROGERS is baffled about the fuss surrounding her ex-husband TOM CRUISE's new wedding plans, and insists the movie hunk really is in love with KATIE HOLMES.Rogers, who was married to Cruise for three years in the late 1980s, can't understand why people are struggling to believe her ex and his new fiancee Holmes are really in love.The actress, who insists she has a friendly relationship with Cruise, is shocked by comments that the new Hollywood couple are just staging a publicity stunt. She says, "OK, he and Katie fell in love, they're getting married. Why is this in the news? Why is this a big deal? Is there something unusual about meeting someone and falling in love?"He needs so much help career-wise. Here's the thing, you're the biggest movie star in the world, you've got a gazillion dollars, why does he need to do anything?

"(Is he) like, 'Let's see, I'm the biggest movie star in the world. I have a gazillion dollars I need to do a fake wedding.' Explain that to me.

"Let's look at Katie Holmes: 'I'm 26, I'm gorgeous, I have a huge movie that just opened (BATMAN BEGINS), I've got like 10 million offers. I need to have a fake marriage.'

"Maybe they fell in love and they're getting married... It's the only rational answer that I can come up with." 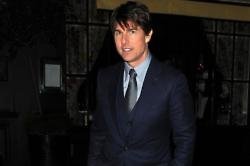 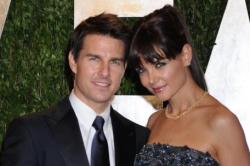 Tom Cruise And Katie Holmes Are Officially Over