Owen Wilson has reportedly split from his girlfriend Jade Duell.

willing to let the 'Zoolander' star do what he wanted

The 42-year-old actor - who has six-month-old son Robert Ford with Jade, who he has been with for a year-and-a-half - allegedly did not want to make a long-term commitment to her, forcing the couple to separate because she wasn't "willing" to let the 'Zoolander' star do "what he wanted".

A source told National Enquirer magazine: "Owen wanted the freedom to do what he wanted with his friends, both male and female, while remaining a family unit with Jade and the baby.

"But Jade wasn't willing to go along with that, so Owen decided to end things with her."

He was expected to make an appearance at his son's christening in New York City on June 12, but pulled out at the last minute.

The source added: "Owen had every intention of being there, but when it came time to board his flight at Los Angeles Airport, he couldn't do it. He left the airport and drove around Santa Monica for hours."

Owen - who has previously dated Kate Hudson and Sheryl Crow - has previously stated he thought of Jade as an ideal partner for him because he was open to "listening" to her.

He said: "When you stop talking about yourself and you're more open to listening to what they're interested in and what they want to talk, that's how you know.

"Maybe you're more open to even renting a movie like 'Steel Magnolias'. Before you know it, you're getting late fees for 'Sleepless in Seattle'." 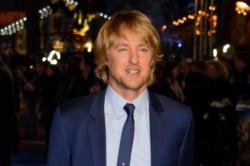