Paul Rudd admitted he finds farting hilarious and let out an improvised fart during a scene in new movie 'This is 40', surprising co-star Leslie Mann.

The 'This is 40' star admits he finds flatulence funny and let out an improvised fart during a scene of the new comedy about a stagnant marriage in which he and Leslie Mann's character are in bed.

He said: "There's a scene where I fart in bed and that fart wasn't in the script. I just felt it coming and went with it. I'm someone who thinks farts are hilarious. I love it when people fart. It's always funny.

"I remember vividly shooting that scene with Leslie in bed and thinking, 'I could fart right now and it wouldn't just be funny, it would also add to the reality of the situation'. Because that kind of intimacy is what marriage is about. You wouldn't fart in front of someone you're dating but you'd certainly fart in front of your wife. It felt real to do it in that moment."

The 43-year-old actor - who has children Jack, eight, and Darby, three, with wife Julie - added that being able to fart on-cue would be his "life aim".

In an interview with ShortList magazine, he said: "That's an ultimate life aim. Anyone who can do that earns my respect." 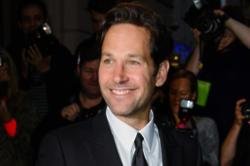 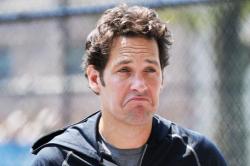