Susan Sarandon admits she 'can't imagine' getting married again, and believes marriage is not vital for a lasting relationship.

Susan Sarandon is done with marriage.

The 65-year-old actress - who was married to Chris Sarandon for 12 years and had a 21-year relationship with Tim Robbins - does not believe the institution is the right thing for her.

Asked if she will ever marry again, Susan said: "I really can't imagine it. Even when I got married, we never said it was going to be forever.

"It was a kind of practical decision. I don't think I ever thought of it as something that would be a huge deal. But every year we renewed. We decided not with an actual ceremony, but just said 'should we go through the next year?'

"Actually, I think it's a good relationship strategy. We should revisit this before we have children to see if everybody is still on the same page and you have established that you have an option of it being nobody's failure."

But despite not saying 'I do' to Tim - with whom she has sons Jack Henry, 22, and Miles, 19 - the 'Jeff, Who Lives At Home' star believes their relationship was no less serious.

She told the Daily Telegraph newspaper: "I felt married, I felt committed. If you have children, they are never out of your life."

Having split with Tim two and a half years ago, Susan hints she's moving on with Jonathan Bricklin, her 34-year-old Spin ping pong business partner.

"He's a great guy, but I hate that expression dating." 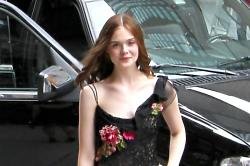 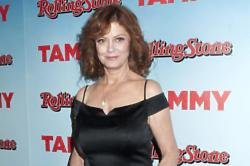