Comedian Tom Arnold it was 'very awkward' to be reunited with his ex-wife Roseanne Barr after 18 years during the sitcom star's comedy roast last year.

The 53-year-old actor and comedian took part in a comedy tribute to the former 'Roseanne' star last year - marking the first time the pair had been in the same room since their messy divorce in 1994 - and found the experience uncomfortable.

Speaking on talk show 'Watch What Happens Live', he said filming the 60-year-old comedienne's Comedy Central roast was "very awkward" as he had "not been in a room with her for 18 years".

He continued: "I did it and I wanted to do it. Make some peace. And I got paid a lot!"

Asked to rate the awkwardness between them on a scale of one to 10, Tom said it was "at least a 10".

He also told the show that the pair embraced in an "awkward hug" before he thought, "I gotta get out of here, it went well!"

Roseanne hired the 'True Lies' star as a writer and recurring star on her hit sitcom in 1989, later marrying him in 1990. The couple's marriage was plagued by rumours of fighting on set, the actress accusing her husband of an affair, and his battles with alcohol and drug abuse.

Since the comedy roast - which was filmed in August 2012 - Tom says he and Roseanne have exchanged messages, but added "we'll leave it at that"

During the roast, he joked that Roseanne was "literally the worst ex-wife on the planet". 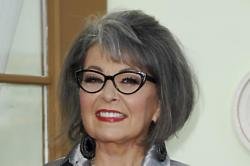 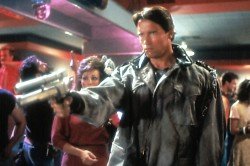 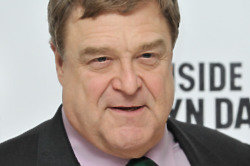