Amber Heard celebrated her 30th birthday without Johnny Depp - weeks before she filed for a divorce. 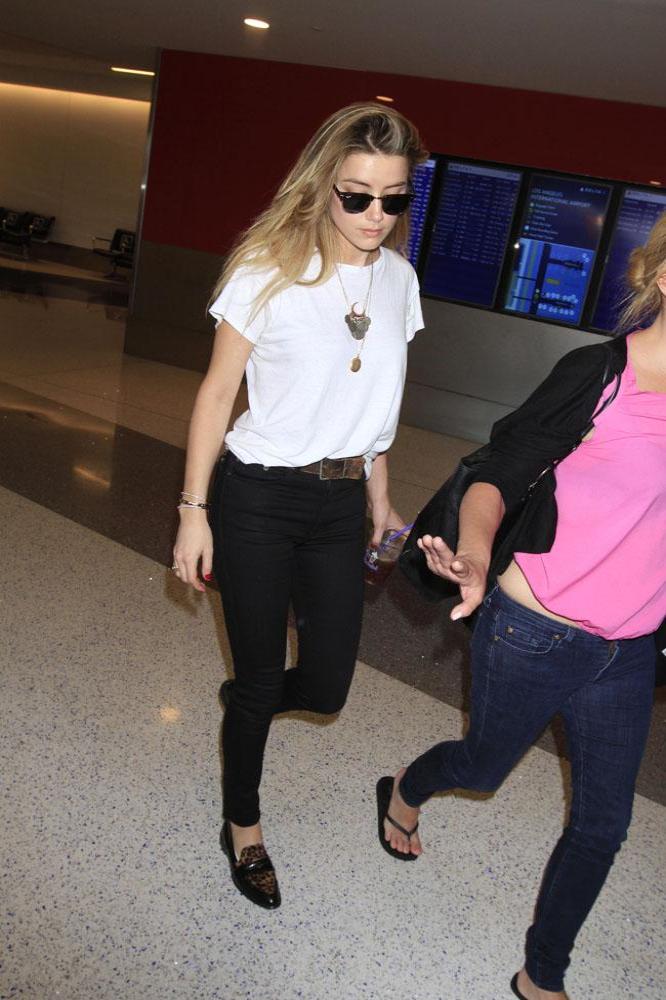 Amber 30 who requested the dissolution of their marriage on Monday (23.05.16) citing irreconcilable differences - reached the milestone on April 22 and her solo appearance fuelled speculation their relationship was on the rocks as she partied without her husband at The Parker Hotel in Palm Springs, California.

An onlooker told PEOPLE she "had a great time" with friends and "they looked to be enjoying themselves" but her spouse - who she wed in February 2015 - was notably missing.

Amber was also spotted at the Met Gala in New York in May without Johnny, 52, by her side. However she rubbished claims that their marriage was in trouble in November. She told a magazine: "I try not to react to the horrible misrepresentation of our lives, but it is strange and hard." Adding it was an "honour" to become a stepmother to his two children - Lily-Rose, 16, and Jack, 14 - with his ex Vanessa Paradis. She said: "[It's] an honor and the greatest, most surprising gift I have ever received in my life."

Johnny and Amber got close after meeting in 2012 while working on 'The Rum Diary' and they tied the knot in front of just 24 people in the Bahamas last year. Speaking of how she got "into [his] head", he previously said: "It was at the first day of press on 'The Rum Diary'. Then we married that very day!"

But they got married legally first in Los Angeles so his mother could attend.

Amber wrote in the divorce documents that the couple separated on May 22 - two days after the actor's mother Betty Sue Palmer passed away.

She is reportedly seeking spousal support, however, the star - who is estimated to be worth around $400 million - is said to have filed a response through his lawyer Laura Wasser asking for Amber's maintenance claim to be turned down.

The couple are not thought to have put a pre-nuptial agreement in place before they tied the knot in February 2015.

Meanwhile, this will not be Johnny's first divorce. He married make-up artist Lori Anne Allison in 1983 but they went their separate ways two years later. He also split from French actress partner Vanessa Paradis - who he has daughter Lily-Rose, 16, and 13-year-old son Jack with - in 2012 after 14 years together.

Amber was in a three-year relationship with girlfriend Tasya van Ree until 2011. Johnny has been doing a lot of publicity lately for his new film 'Alice Through the Looking Glass', which comes out in the US on Friday (27.05.16), and has been shooting the new 'Pirates of the Caribbean' film this year.