Amber Rose has forgiven Kanye West and ex-husband Wiz Khalifa for making hurtful comments about her in the past.

Amber Rose has forgiven Kanye West and Wiz Khalifa for their hurtful comments about her. 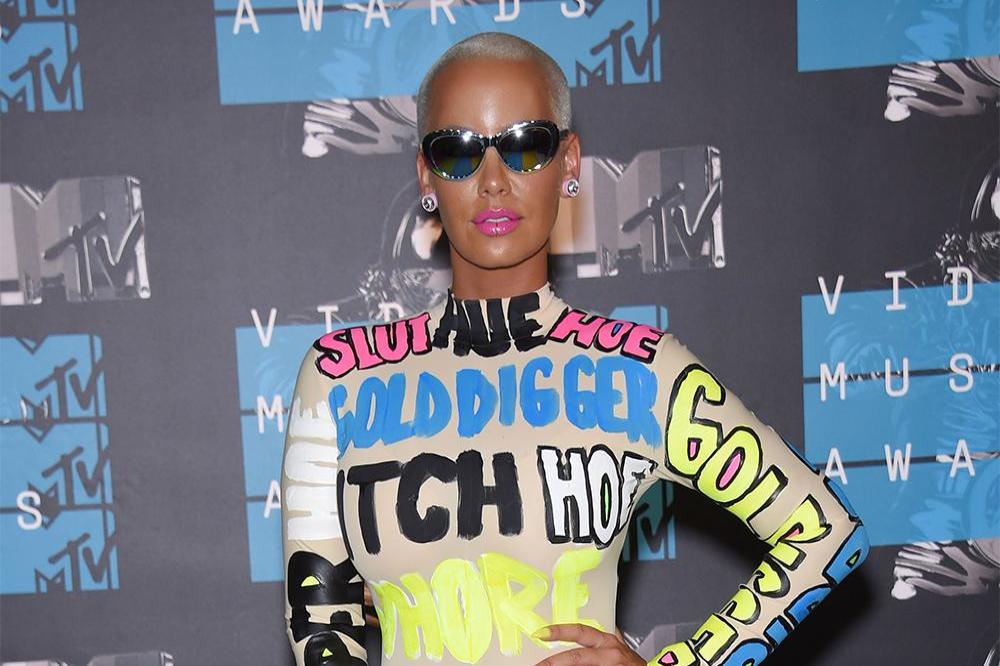 The 31-year-old star hosted her first ever SlutWalk event in Los Angeles on Saturday (03.10.15), in protest of slut-shaming and other vicious comments directed at women, and opened up about her own experiences - breaking down in tears over the rappers' previous digs.

Speaking about ex-husband Wiz, with whom she has two-year-old son Sebastian, Amber admitted it was "extremely hurtful" to hear him refer to her as just a 'stripper'.

She sobbed: "[Wiz] went on to make a song saying that he fell in love with a stripper, but fell out of love quicker. As you can imagine, him being the love of my life, regardless of us going through a separation or not it was extremely hurtful."

Amber says the 'See You Again' hitmaker, 28, has already apologised to her for the mean lyrics, adding: "Wiz actually apologised to me already, so I have forgiven him."

The stunning model is also eager to forgive ex-boyfriend Kanye, 38, who previously claimed he had to take "30 showers" before dating current wife Kim Kardashian West to get Amber out of his system.

She said: "I want to forgive Kanye about what he said about me. I want to let all of that negativity go."

Meanwhile, Amber's mother Dorothy Rose appeared to take her own swing at Kanye by holding up a sign that read 'F**k yo 30 showers'.