Ana Matronic thinks sex robots would be very helpful for people who struggle to form relationships with other humans.

The Scissor Sisters singer - who married artist Seth Kirby in 2010 - believes those who struggle to form "normal" relationships would benefit hugely from a mechanical lover to give them sexual gratification.

She said: "I actually think that robots for sexual gratification for people who may not really be able to properly form human relationships - I think this is a positive thing, if they can improve somebody's life, why not?

"I think people crave the touch and something that is externally gratifying. I think that's where robots can certainly help people and the development of robots could be very suitable for people who need the right person and might not be capable to form a, what we would consider, normal relationship."

However, the 41-year-old star - who has recently released a book, 'Robot Takeover: 100 Iconic Robots of Myth, Popular Culture & Real Life', through publishers Cassell Illustrated - insists she has no desire to have sex with a robot, though she would find having one in the home incredibly useful for other reasons.

Asked if she'd have sex with a robot, she said: "No, I'd much rather have a robot to help me with my laundry.

"For me personally the robot I would want right now, this minute would be a luggage robot. It would be a robotic suitcase that I just handed what I wanna pack and it packs itself; If I ask for a garment it just hands it to me completely unwrinklable, ready to put on... that would be fantastic." 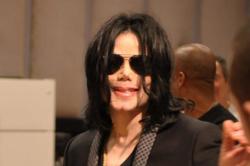 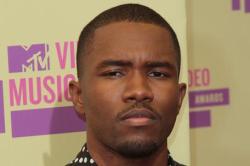