Anne Hathaway argues with her husband during hunger pangs 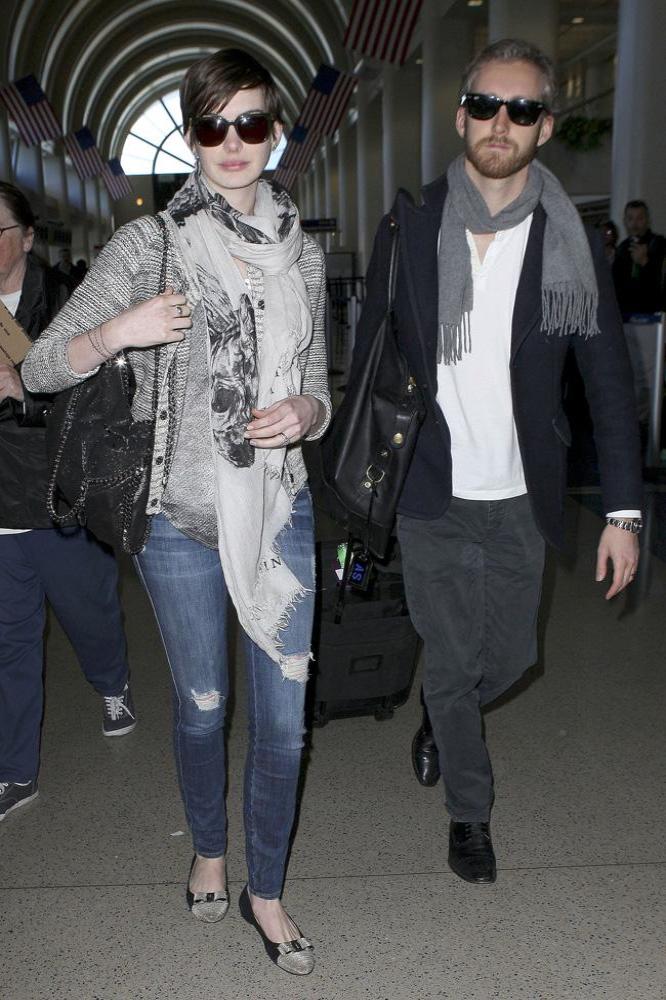 The 31-year-old star admitted she tries not to spend too much time away from Adam Shulman - who she married in September 2012 - despite her hectic work schedule, and even when she does see him they very rarely quarrel unless she is feeling peckish.

The brunette beauty - who famously slimmed down for the role of Fantine in 'Les Miserables' - said: "We try not to go more than two weeks without seeing each other. After that everybody just gets grumpy, you start fighting over really unimportant things.

"So, actually, we don't have fights, I have a lot of 'hangry' [hungry and angry] moments where I'm on the verge of having a fight and then he feeds me and I realise everything's going to be fine."

The Academy Award-winning actress admitted she is "blown away" by how much being married to the 33-year-old actor has altered her life and made her feel safe.

When asked on ITV show 'Lorraine' if marriage had changed her, she said: "It totally has and I did not expect that. Neither of us did. We were very open with each other and when we were getting married we thought we were just doing it for tradition and we really went in thinking it would be pieces of paper.

"But I didn't know who I was going to be as a married person and there is a centering to it and I was allowing myself to really feel safe in a way that I never let myself feel since I was a child, you know. And I've been really blown away at how much life it's given me."