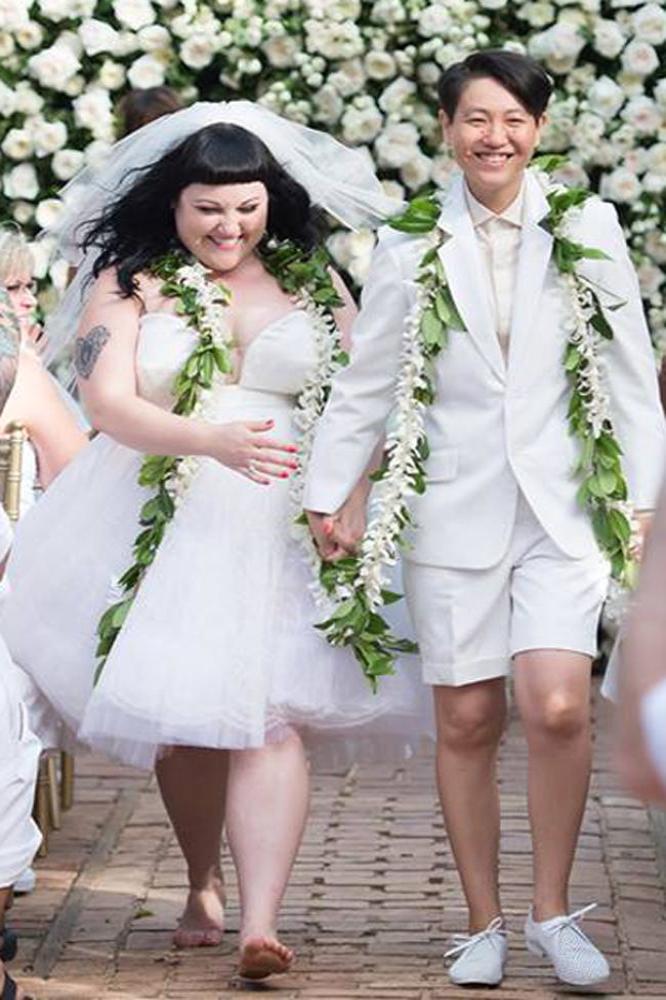 Beth Ditto and Kristin Ogata at their first wedding

The Gossip singer and partner Kristin Ogata officially tied the knot in their home state of Oregon last week, 17 months after affirming their union in a non-legally binding ceremony in Maui, Hawaii in July 2013.

"Thanks everyone who fought to make gay marriage legal in Oregon! In 2015, the whole US!"

While details of the wedding have not been given, in her 2013 ceremony, Beth donned a Jean Paul Gaultier gown with a low-cut bodice and tulle skirt and a veil to walk down the aisle barefoot on the arm of Kristin.

Her partner donned a three-piece suit of jacket, shirt and shorts for the occasion.

She previously said: "It was something that I kept hidden deep inside of me. But everyone knew. Even people are parties and clubs would be like, 'When are they going to get together?' There was always a little guilt inside of me because I felt I was cheating, but I never cheated. We never did anything ... I dated Freddie for nine years, and I was always worried it was going to end. With Kristen I never worry about it ending, I just feel completely full and whole." 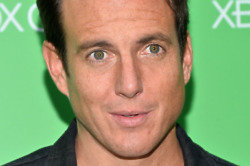 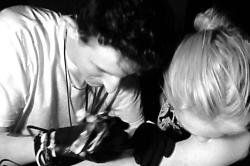