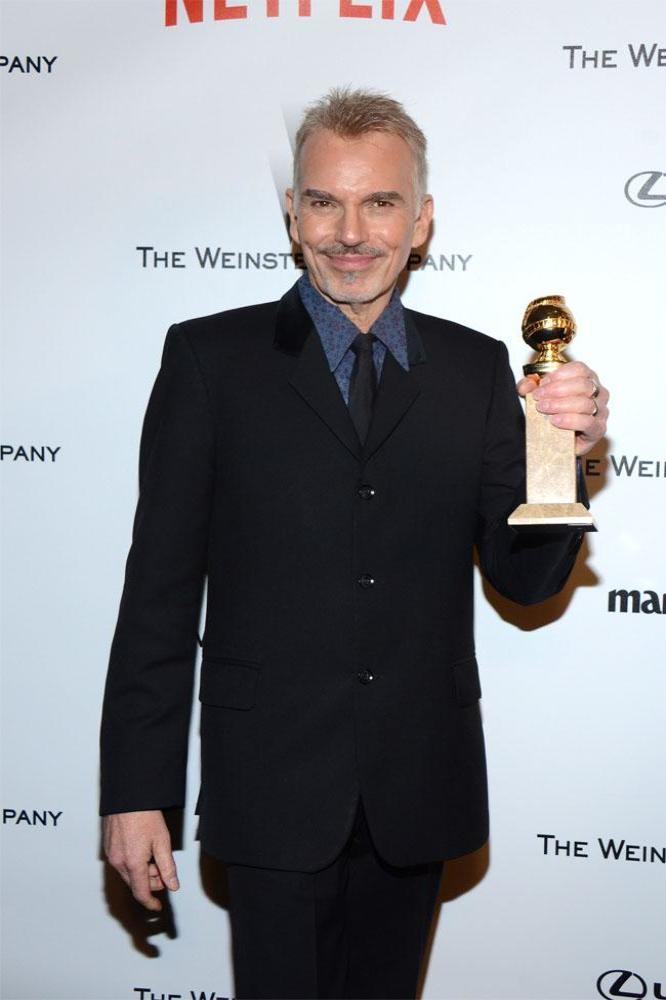 The 59-year-old actor took part in a playful game of 'Who Would You Rather?' during an interview with 'Access Hollywood' following his Best Actor in a Miniseries or Movie award win at the Golden Globes on Sunday (11.01.14) and chose Aniston twice as his dream woman.

The game was based around gags made by Golden Globes hosts Tina Fey and Amy Poehler, and when Thornton was asked to pick between the former 'Friends' star and Reese Witherspoon, he said: "Jennifer Aniston. Lifelong goal, that's all I'm saying."

Thornton quickly added he was joking, but when asked by Billy Bush and Kit Hoover to choose between Aniston and Keira Knightley, he replied: "Jennifer Aniston. How many times does it take to get this through your head?"

Aniston - now engaged to Justin Theroux - was previously married to Brad Pitt who is now wed to Angelina Jolie, the ex-wife of Thornton.

The 'Fargo' star has revealed he is still in contact with Jolie - whom he split from in June 2002 and was divorced from a year later - and has congratulated her on her work as a director on 'Unbroken'.

When asked during an interview on 'Extra' if he still spoke to his former spouse, he said: "Oh, yeah, from time to time. Not often. I don't want to bug them. Everything's so good in her life right now. I'm so proud of her movie that she's got out. What a great thing. I hope she does 10 more movies as a director."