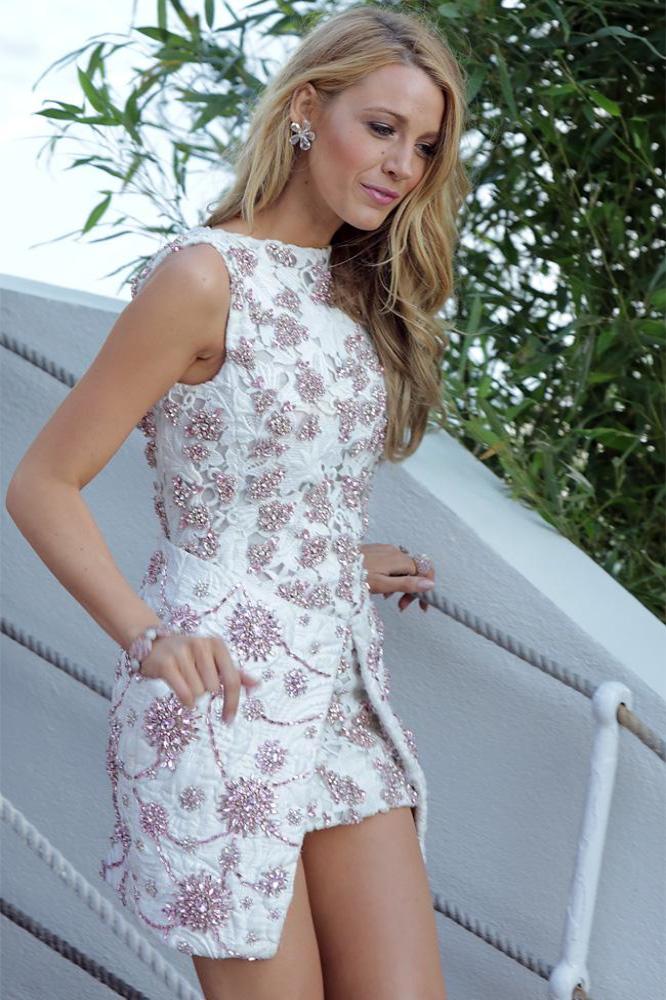 The couple are expecting their first child together but want it to be a "surprise" as to whether they are having a girl or a boy.

A source told Us Weekly magazine: "Blake and Ryan aren't finding out what they're having. They want to be surprised!"

It was recently claimed the couple want their offspring to have a "normal childhood" away from Hollywood.

A source said: "They both have talked a lot about raising the baby out of LA and giving their kids a normal childhood. Playing outside, having a puppy, catching lightning bugs ... they want their kids to experience all of that."

And Ryan, 38, who married 27-year-old Blake in 2012 following 11 months of dating, has been helping to ensure his stunning spouse has a care-free pregnancy.

The insider said: "Ryan is being such a sweet hubby, he's giving her foot and back rubs constantly! He jokes that she doesn't even have to ask anymore, he just automatically does it."

The former 'Gossip Girl' star recently gushed about how devoted her husband is.

She said: "He's always good to me. That's like a jerky thing to say because you want to be able to complain about your husband and be that person, but he takes pretty good care of me."