Bono 'Can't Move' Due to Injuries

Bono has been ordered to be as still as possible for "a couple of months" to allow his injuries from his recent bicycle accident to heal. 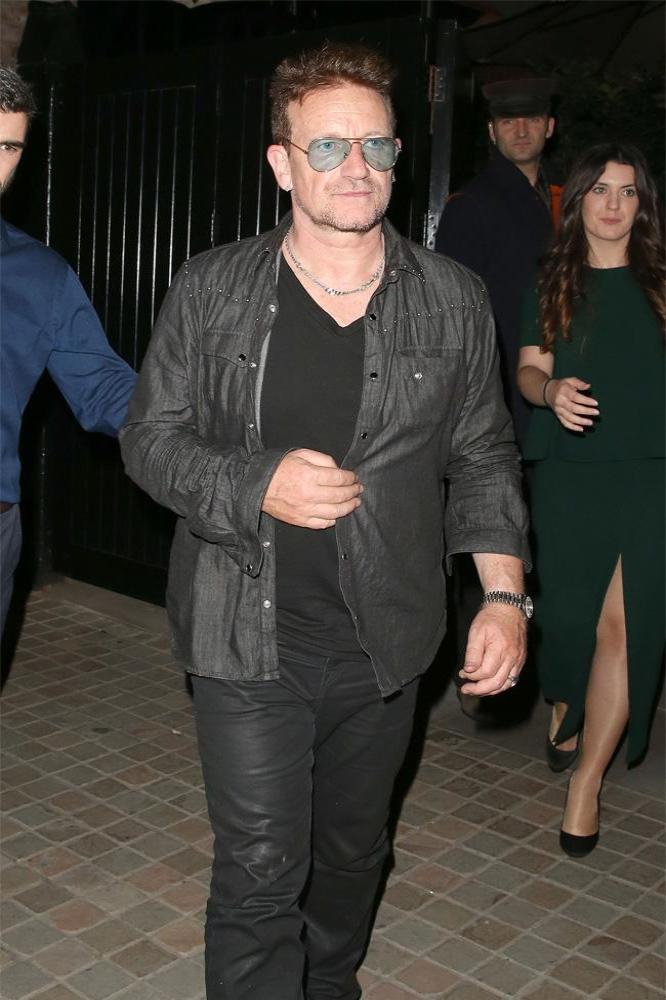 Bono "can't move" for "a couple of months" after sustaining a number of injuries in a bicycle accident.

The U2 frontman was left with a fractured face, shoulder blade and broken elbow following the incident in New York's Central Park last month and though his bandmate The Edge insists he is "doing OK", he is ruled out of action for some time.

He said: "He managed to come out of it with what you could only describe as injuries from a car crash, literally, multiple fractures of bones in his elbow and in his back But he's doing OK.

"We're kind of lucky he was wearing a helmet so he didn't actually break Central Park. But he's made of of tough stuff and he's bouncing back.

"He's been told by his doctors that he's got to stay put. He's back in Dublin right now and basically he can't move for the next couple of months."

The 54-year-old singer has been advised to stay as still as possible to allow his back to heal as, unlike his elbow, on which he underwent a five-hour operation to have three metal plates and 18 screws inserts, he hasn't had surgery there.

The Edge explained to KROQ's 'Kevin & Bean Show': "The poor guy. Basically his left elbow was shattered so a lot of the work was reconstructing the joints and putting in wires and plates. He actually showed us an X-Ray a couple of days later and it looked like a miniature of the Eiffel Tower was in his elbow and then the same had to happen with a fracture of his pinky, the joint there was totally messed up, so that needed a bone graft.

"And the most vulnerable was actually his upper back, the scapula because they couldn't put any plates in there or they decided not to do surgery. So he has got to be very still and not move around 'til that's really healed.

The Edge admitted the accident happened because the 'One' singer "wasn't paying enough attention" to his surroundings.

He said: "It was a Sunday, a lot of people in the park and he just wasn't paying enough attention. He was going fast down a bit of a hill and somebody came out onto the cycle way, he swerved to avoid them and just went straight over the bars."