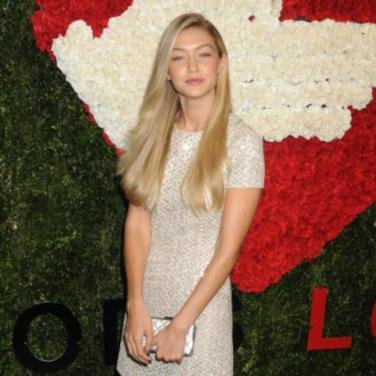 The 19-year-old model previously dated Joe's brother Nick Jonas and has more recently been linked to older sibling Joe but has now shut down the claims by insisting she's single.

The blonde beauty has laughed off suggestions that she is romantically involved with the 25-year-old singer, suggesting that everyone thinks she is in a relationship whenever she is spotted with a man.

Speaking at the Angel Ball in New York on Monday (20.10.14), she told the New York Post newspaper: "I think it's funny. I feel like every time I hang out with a guy friend, I'm dating him or I am in love or we are getting married, which is funny to me."

Nick - who is now dating former Miss USA, Olivia Culpo - was rumoured to have felt uncomfortable with the idea that his Jonas Brothers bandmate and family member was dating his former flame, as the couple had been together for an extensive period.

A source previously said: "Nick and Gigi dated several times in 2012 and 2013. It was an ongoing thing,

"The fact that Joe and Gigi are hanging out now is just strange."

However, Gigi is adamant she is single and would open up about any lover she may have, if she was seeing someone.

She added: "When I am in a relationship, I will tell everyone."