Hamilton Gets Seal of Approval From Rihanna's Family

Lewis Hamilton has won over Rihanna's "second mother" during a recent visit to Barbados.

Rihanna's "second mum" approves of her relationship with Lewis Hamilton. 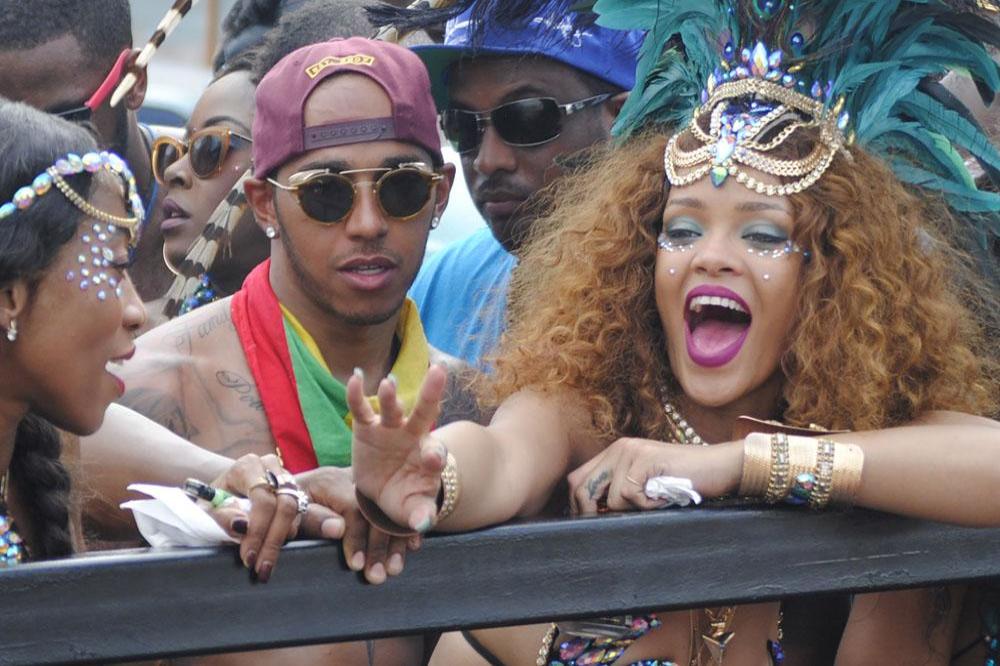 The 'Diamonds' hitmaker recently took the Formula One driver to her native Barbados and Sharon Bellamy Thompson - who helped raise the singer as a child, babysitting her and driving her to school - was very impressed by his "British charm".

Sharon said: "They would have beautiful babies. As long as this man makes her happy, he's got my approval. You've got to love his British charm.

"I saw her at the carnival and Lewis is so handsome."

And Sharon thinks 27-year-old Rihanna - whose real name is Robyn Fenty - will make a great mother one day.

She said: "When the time is right, Robyn will make a great mum - she loves kids."

However, she also warned Lewis, 30, that the 'S&M' hitmaker still has a soft spot for former boyfriend Chris Brown.

She added to heat magazine: "Chris was the first boyfriend she brought home to Barbados and I'll always have a soft spot for him. Nobody can replace first love."

And some friends are predicting the month-long romance won't last as the pair have little in common.

A source said: "Apart from both liking sport and fashion, they're not really similar. They have friends in common but not much in common themselves."