Heidi Klum shared a racy snap of her bare butt being spanked on Instagram.

Heidi Klum shared a racy photo of her bare bottom being spanked. 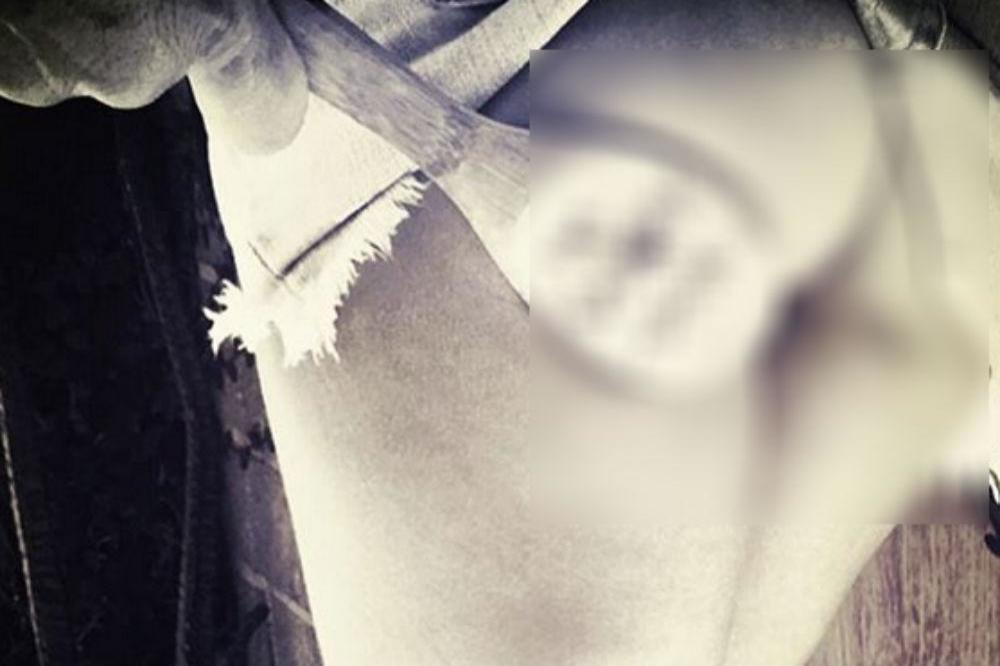 The 42-year-old supermodel sent pulses racing when she posted an explicit snap on her Instagram account - featuring her bum being hit with a spoon with the words "the naughty spoon" emblazoned on it.

Heidi's sexy selfie of her pert derriere comes just a few weeks after she hit back at Donald Trump for saying "she's no longer a 10".

The United States presidential candidate made the controversial comments in an interview with the New York Times, but Heidi took the comments in good humour and proceeded to make fun of Trump.

In a video clip posted to Twitter, the gorgeous blonde is seen wearing a sign with the number 10 on it, only for a man in a Trump mask to rip off the sign, leaving her with just a 9.99 emblazoned on her T-shirt.

Heidi then shrugs and smiles at the camera.

The 'America's Got Talent' judge's response was met with jubilation among fans.

One tweeted: "your amazing! Trump has nothing on you. And you're an inspiration to many including myself! (sic)"

Another said: "@heidiklum you're more like a 12. Of course Trump is such a good looking guy with that pathetic hairpiece he can judge beauty. Lol (sic)"