Hugh Jackman has topped a poll to find the star with sexiest facial hair, beating David Beckham and Johnny Depp to the honour.

Hugh Jackman is the star with the sexiest facial hair.

The 44-year-old actor - who most recently sported thick facial hair in the Oscar nominated 'Les Miserables' - has topped a poll to find the celebrity with the most attractive beard beating a host of other famous hunks to the title.

The vote of 1,000 people was conducted by the UK's leading hair transplant centre, the Crown Clinic in Manchester, and surgeon Dr. Asim Shahmalak insists Hugh is a worthy winner.

Dr. Shahmalak - who is a hair loss expert on British TV show 'Embarrassing Bodies' - said: "Hugh Jackman looks great whatever kind of facial hair he has - stubble, a moustache or a beard ... For many men, growing a beard or designer stubble defines their masculinity. It is not surprising that more than six out of 10 believe they look sexier with some form of facial hair."

Just as Hugh was named the star with the sexiest facial hair, Brad Pitt was voted the famous hunk with the least attractive beard. 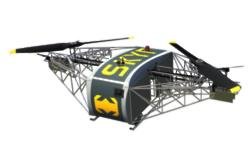