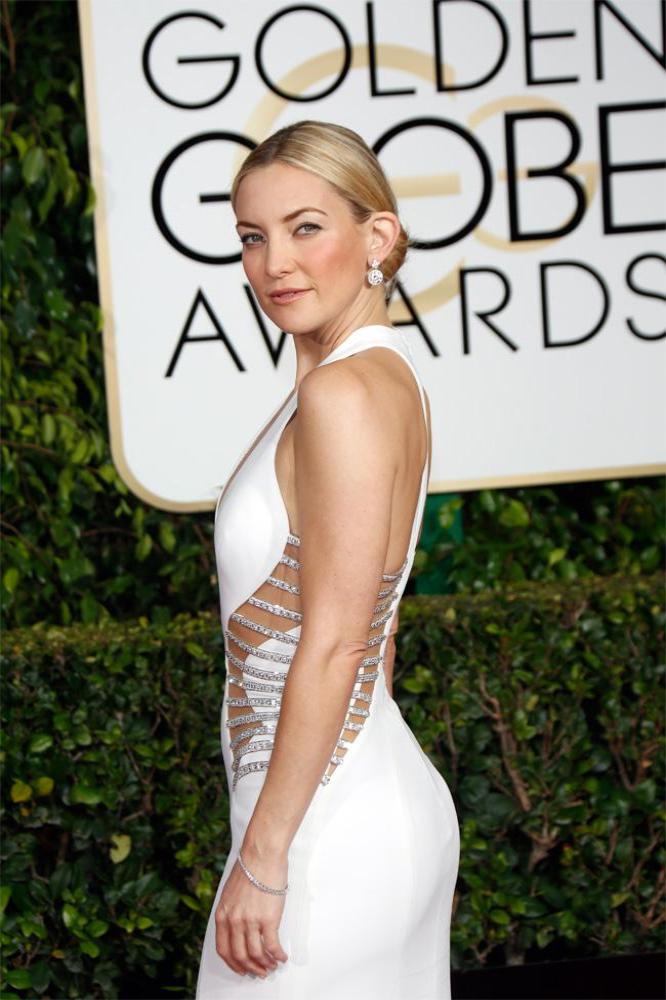 The 'Cake' star couldn't resist placing a palm on the blonde actress' derriere ahead of the ceremony at the Beverly Hilton Hotel, Los Angeles, as she waited to be interviewed by E! host Ryan Seacrest, and admitted she found the 35-year-old stunner's behind "irresistible".

While touching Kate's bum, she said: "Look at this."

Ryan then noticed what was going on so turned to the pair and Jennifer said: "I didn't say you had to do anything ... it's what I did. Irresistible, I get it."

Kate - who split from former fiancé Matt Bellamy last month after four years together - appeared to take the touch in good humour and returned the favour by giving Jennifer a little pat on the behind before walking down the carpet.

Prior to the ceremony, the 'A Little Bit of Heaven' actress took to her Instagram account to document her preparation for the star-studded event.

The first picture she shared was off her pet pooch Walter waiting for his food and she attached the caption: "Since one of the most asked questions I get on events like the Golden Globes is, "what does your day look like when you get ready for such an event?" I thought perhaps today I would share a play by play... First up... Walter refuses to let anyone eat before he does 7am! #puppylove #shihtzu #GoldenGlobes2015 (sic)"

The star later posted a picture of Matt looking after their three-year-old son Bingham, who was dressed in a Spider-Man outfit, allowing her to meditate and workout ahead of the awards.

Kate then revealed she had a 10-minute meditation session before jumping in the shower, where she used a number of beauty products.

But her preparation for the event was disrupted as she got distracted by an American football game between her team, Denver Broncos, and Indianapolis Colts.

She posted a video of herself celebrating wildly as the Broncos scored a touchdown and added the caption: "I'm supposed to be getting ready