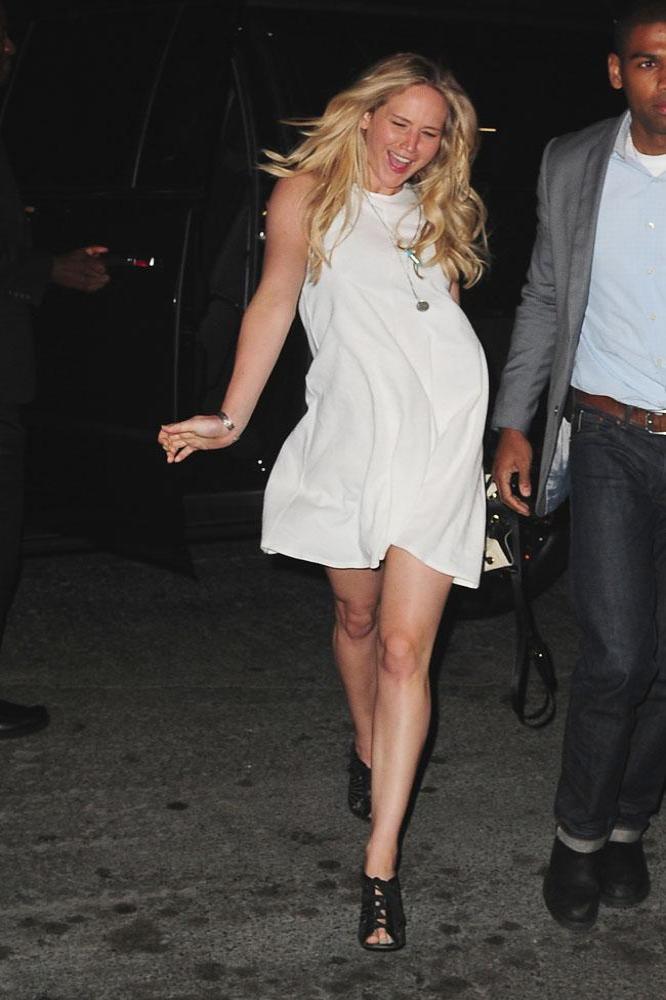 The 24-year-old actress has revealed how much she respects the 25-year-old 'Shake It Off' singer following her letter to Apple - titled 'Dear Apple, Love Taylor' - in which she called out Apple for its refusal to pay artists their royalties during Apple Music's three-month free trial membership, and said that as a result, she would be removing her album '1989' from the platform.

Jennifer said: "Taylor Swift is a bad ass. That letter that she wrote about Apple, I texted her and was like, 'You's a bada*s bitch'. She's awesome. She's a lot more well-spoken than me."

The 'Hunger Games' actress also admitted she gets "upset" at paparazzi constantly following her around New York City, but said she just tries to have as much fun as she can with it, proven by pictures of her with chopsticks hanging from her mouth, as she left a restaurant recently.

Speaking to ExtraTV.com, Jennifer said: "We were at sushi. I was with my girlfriends, and I knew that there were like 100 photographers waiting outside, and I just couldn't help it. I couldn't seriously just walk out.

"In New York, it's impossible, when one person finds out where you are, you're just screwed. And it upset me for so many years, and it still does upset me. It's not nice, but the best way to survive is just to laugh and have fun with it."