Johnny Depp Will Commit 'Assault' If Amber Heard Is Jailed

Johnny Depp says he is willing to "assault" Australia's Agriculture Minister Barnaby Joyce and go to jail if his wife Amber Heard is imprisoned for allegedly smuggling their dogs into the country.

Johnny Depp has joked he would "assault" an Australian politician if his wife is sent to prison. 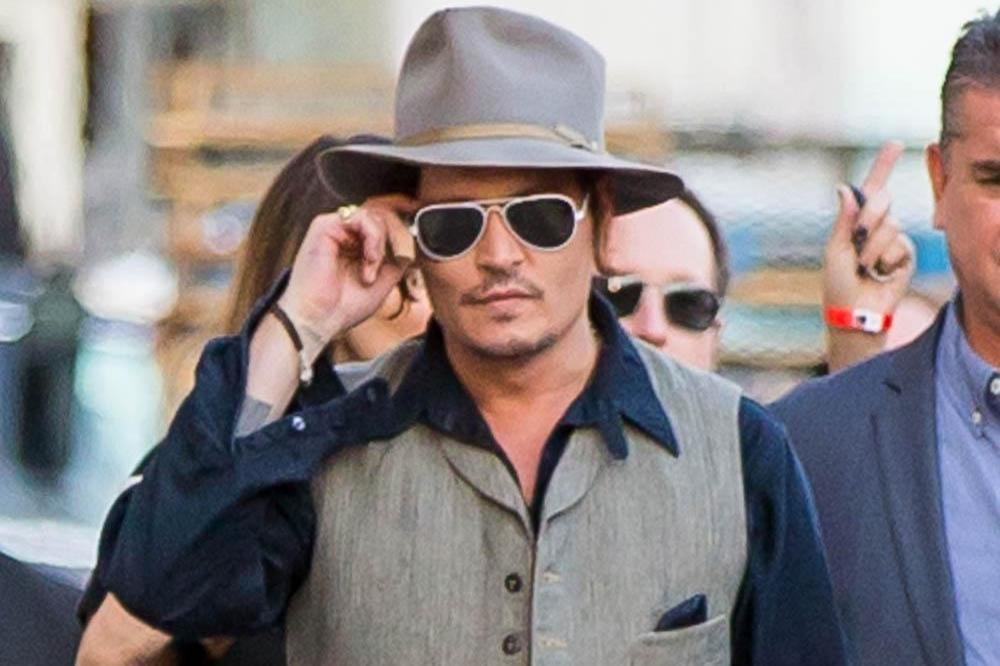 The 52-year-old star, whose spouse Amber Heard faces charges for allegedly illegally smuggling their pet dogs into the country earlier this year, has claimed he would hit Agriculture Minister Barnaby Joyce so he could join her in jail.

Speaking on 'Jimmy Kimmel Live', Johnny quipped he would "just fly to Australia and assault that man so that I could go to prison".

The 'Black Mass' star added the dog drama had been "by far the most interesting" legal case he's ever been involved in, and insists he and Amber were under the impression their pups Pistol and Boo had entered the country legally.

Johnny said: "We were under the impression that we had all the paperwork done for the dogs, we were there with the dogs in front of everybody."

Johnny and his wife drew anger from Mr. Joyce earlier this year, who accused them of smuggling the pets into Australia, and threatened to have them killed if they were not deported.

Speaking about the politician, the Hollywood star quipped: "There's this sort of weird sweaty-pated gut man who decided that two 5-6-inch teacup Yorkshire terriers would harm the country in some way."

Amber is facing charges of smuggling and providing false documentation for the pups. She is due in court in Queensland in November.