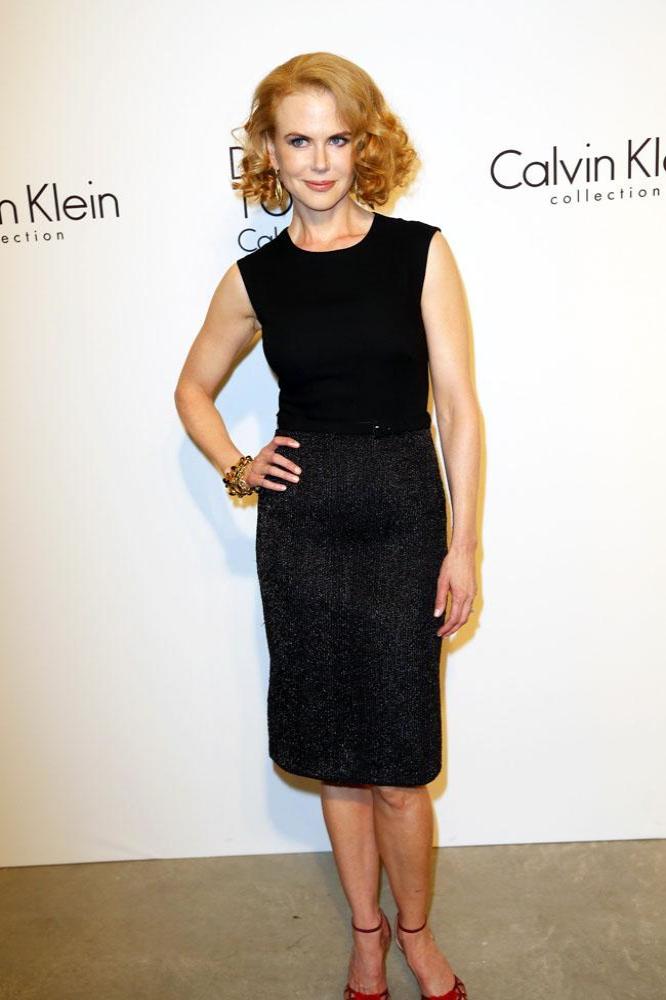 The 47-year-old actress was left devastated when her beloved dad Antony passed away last month and she admits she wouldn't have got through her grief if it wasn't for her "amazing" husband.

She said: "I have to say. I love saying this because he should be just adored. He has been so good to me for nine years, but for the last sort of month, which has been a really tough time for me... "When you have your partner who just literally carries you through a tough time. And he's been amazing to me. I recently lost my father and to have my husband just step up that way it makes me cry. He's amazing

"Literally at times, to be carried by your partner, physically at times because I was so devastated, it's like I'll do anything for that man."

The 'Before I Go to Sleep' actress - who has daughters Sunday, six, and Faith, three with Keith, and adopted Isabella, 21, and Conor, 19, with ex-husband Tom Cruise - also admitted she was "amazed" at the outpouring of "love" she had experienced from other people since her father passed away.

She said: "I'm amazed when people reach out, because it's an awkward thing at times, but to have people go, 'I'm so sorry for your loss' -- the power of that and even a note or anything. I've gotten so much love from people."

And Nicole says her own experiences has made her realise how little we talk about death with one another.

She added to Ellen DeGeneres in an interview airing today (30.10.14): "I've realised we don't talk about it [death] enough in terms of our society. Because at some point in our lives we're gonna go through [it], everybody loses their parents. It's awful. I'm sorry to bring everybody down but at the same time I'm trying to navigate through something right now."