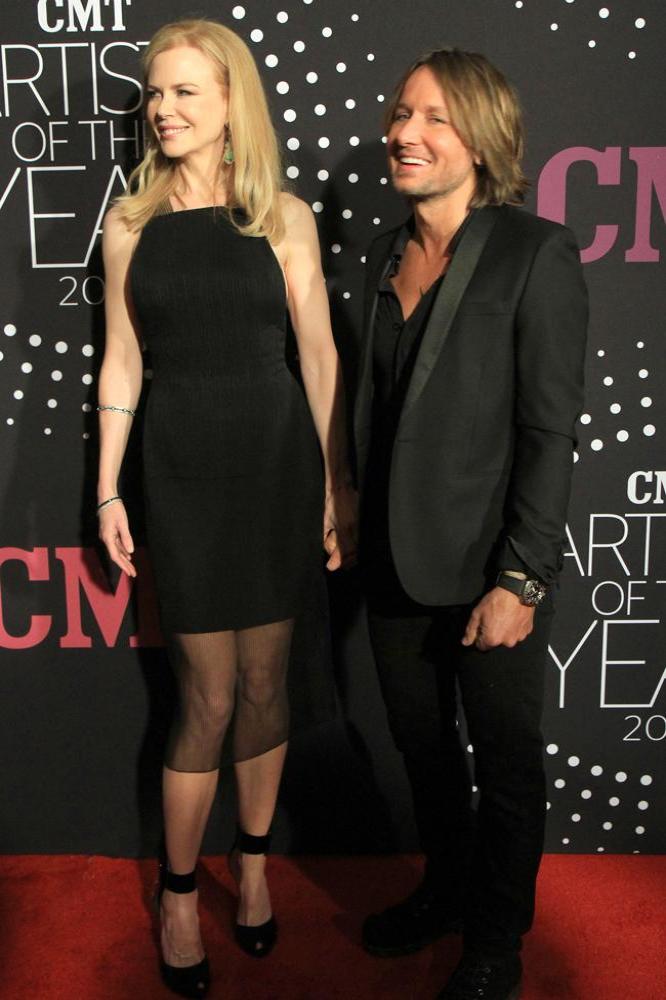 The 'American Idol' judge paid tribute to his wife and their daughters Sunday, six, and Faith, three as he picked up a CMT Artist of the Year honour at the Schermerhorn Symphony Center in Nashville last night (02.12.14).

He said: "I have an amazing crew who take such good care of me ... none other than the person who takes care of me the most and I love the most in the world -- my wife, Nicole Mary. I'm so glad you're here tonight.

"It all makes sense because you're in the world, baby. Everything I do has purpose and meaning now like it never ever has before. I think these things aren't happening by coincidence. There's just real meaning in why I do what I do, and it's all from you and our girls. I'm so glad you're here."

The 'We Were Us' singer also took the time to thank his fans for being the reason he continues performing.

He said: "People go, 'Why is the audience so important?'

"I go, 'Because without them, it's just one long soundcheck.' That's it. It's why we do what we do, so thank you very much."

Keith was one of five recipients of the CMT Artist of the Year honour alongside Miranda Lambert, Luke Bryan - who missed the ceremony following the tragic death of his brother-in-law - Jason Aldean and Florida Georgia Line.

He gave a show-stealing performance of 'It's a Man's Man's Man's World' backed by a 10-piece female band, and was the recipient of a glowing tribute from Soundgarden's Chris Cornell.

The rocker said: "Keith Urban is not just one of the CMT Artists of the Year, he's a great musical citizen of the world.

"How else do you explain a kid who grows up in Australia and somehow becomes a superstar in country music with 17 number one hits.

"Really? Seventeen. You couldn't stop at 14? A judge on 'American Idol' and a brilliantly-inspired guitar-slinger while all the while being a loving dad and husband, too. Keith's latest album is called 'Fuse', and there's no doubt that this man's artistic fuse is lit and will burn brightly for years to come. And if you've ever seen him live onstage, you know he always delivers."