Kylie Jenner is reportedly desperate for her mother Kris Jenner to help take her boyfriend Tyga's career to the "next level".

Kylie Jenner wants her mother to manage her boyfriend. 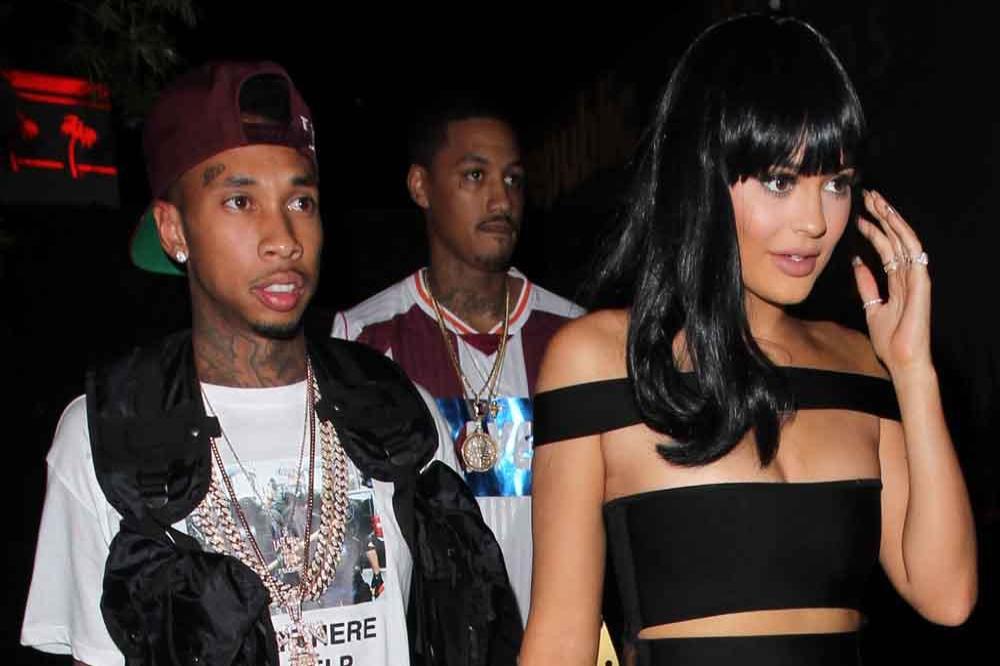 The 18-year-old television personality isreportedly desperate for Kris Jenner to allowed the 'Rack City' air time on their reality show 'Keeping Up With The Kardashians' as she's convinced he could be as big as Jay Z.

A source said: "Kylie knows Kris's connections could take Tyga's career to the next level. She thinks he can be the next Jay Z of his generation.

"She wants Tyga to appear in new episodes of 'Keeping Up With The Kardashians' to gain greater exposure, and Kris holds the key to that move. But Kris doesn't just give away screen time to anyone."

However, the 59-year-old matriarch is said to be nervous about the idea as she is worried about the romance between the pair going "bad".

The insider explained to Life & Style magazine: "Kris realizes Kylie is a teenager in love and if Kris does work with Tyga and then the romance goes bad, it could be a real problem."

Meanwhile, a source previously claimed that Kris was keen on announcing the pair's relationship on her E! reality show rather than on Tyga's show 'Kingin' with Tyga'.

They said at the time: "Kylie and Tyga are deciding on where and when to officially confirm that they are actually together.

"Tyga wants to do it on his show 'Kingin' With Tyga' because the ratings are not doing so great. But Kris has other ideas in mind. She wants to confirm their relationship by making it an entire episode of 'Keeping up with the Kardashians.'"