Madonna and Katy Perry wore the same Moschino dresses at the Met Gala 2015. 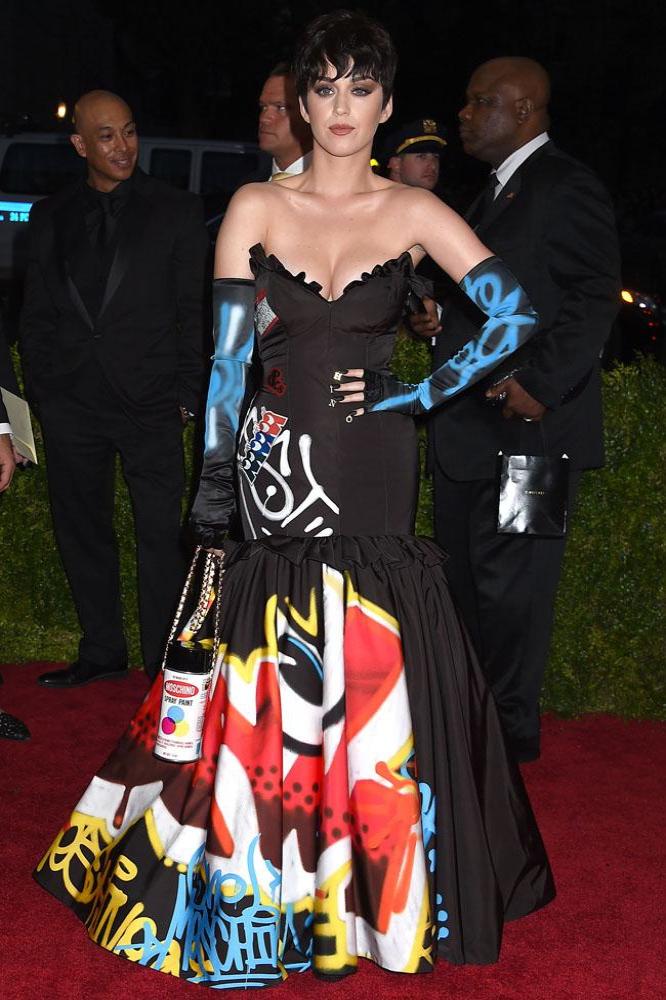 Katy Perry at the Met Gala

The 'Material Girl' hitmaker showed just as much cleavage as the 'I Kissed A Girl' singer in their graffiti-inspired outfits at The Metropolitan Museum of Art's 2015 Costume Institute Benefit in New York City to celebrate the opening of the China: Through the Looking Glass exhibition.

Madonna's floor-length dress, which came with a black cape, was covered in white writing which spelt out the name of her latest album 'Rebel Heart' and was completed by a pair of black leather gloves and a gold Moschino belt which she wore across her shoulder.

When asked what the inspiration for the pixie cut was, she said: "I asked for the Kris Jenner."

After the event Madonna, 56, and Katy, 30, were joined by fellow pop mistress Lady Gaga.

Katy posted a selfie on Instagram of the three of them and almost broke the internet, with a caption that suggested they would be releasing a track together.

However, it was just a joke and there is no single coming out.

Both Katy and Madonna have had feuds with the 'Born This Way' singer in the past, but the Instagram post suggested they have put their issues behind them.