According to TMZ, Lindsay Lohan's father tied the knot with his girlfriend on October 30 in an intimate ceremony at Hillsboro Beach in Florida - but the 'Mean Girls' actor was reportedly not invited nor told about the nuptials.

Lindsay's brother, 'The Parent Trap' actor Michael Lohan Jr., is also not said to have been told about his dad's wedding, nor invited to the ceremony.

Michael revealed last month that he and pregnant Kate - who he has 22-month-old son Landon with - were planning to marry in November.

He said: "We are [getting married] next month. Very small and private beach wedding."

Kate is currently eight months pregnant with the couple's second child, but was recently rushed to hospital after suffering excessive bleeding.

A source said at the time: "Kate started bleeding and 911 was called. Several nurses, paramedics and Sergeants responded because of the amount of bleeding. She was diagnosed with placenta praevia and the baby is in breach position. Kate is a high risk pregnancy and feels she is not getting the proper medical treatment in jail. Friday at the hospital was the first day Kate was examined by an OBGYN."

The incident occurred while the former newspaper reporter was in Palm Beach County Jail, where she was serving an eight-month sentence for driving under the influence (DUI) after testing three times over the drink-drive limit following her arrest in March 2013.

Michael and Kate, who was released from prison in September, initially got engaged over the Easter weekend in 2010 but they broke up shortly afterwards before getting back together. 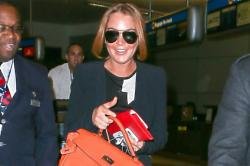 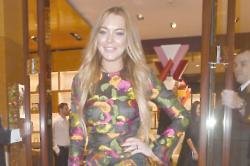