Miley Cyrus has admitted she makes her pet micro pig Bubba Sue sleep on the couch rather than in her bed, like her other animals.

Miley Cyrus' pet micro pig "sleeps on the couch like a bad boyfriend." 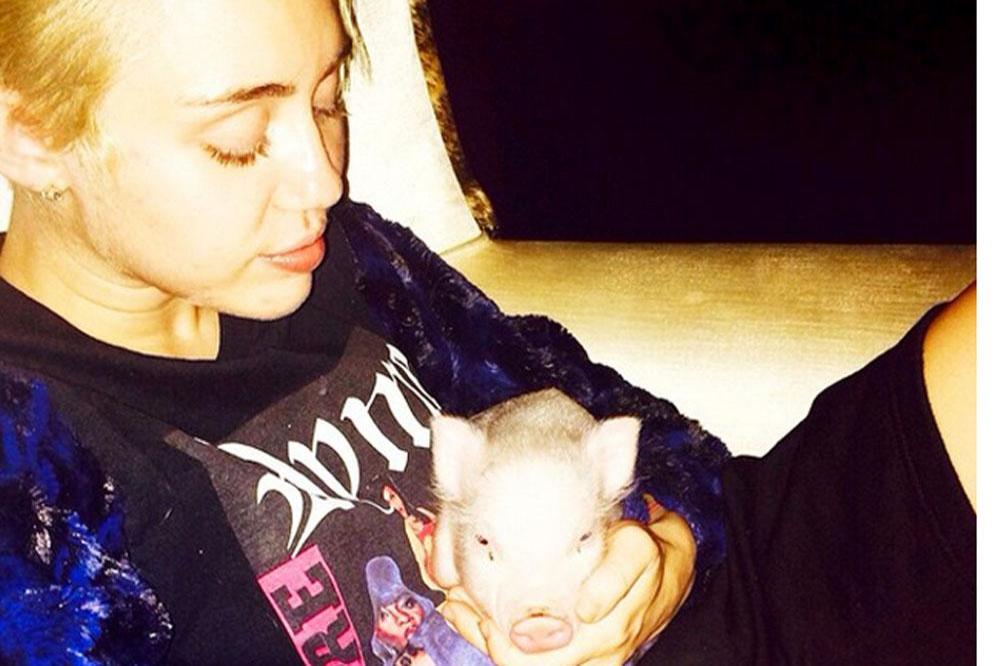 The 'Wrecking Ball' hitmaker, whose dogs and cats are allowed on the bed, has admitted she makes the chunky farm animal, named Bubba Sue, snooze on the sofa.

Speaking on 'The Tonight Show Starring Jimmy Fallon' last night (01.10.15), she said of her smelly four-legged friend: "She sleeps on the couch like a bad boyfriend."

However, although she won't let her trot around her bedroom at night, the 22-year-old singer - who follows a vegan diet - treats Bubba Sue like a child and even lets her scoff down the delicious meals she prepares for herself.

Miley - who was brought up Nashville, Tennessee - explained: "She eats what I eat. The vet told me she needs to lose some weight. I'm from the South and we don't believe in mini pigs ... there's no such thing as a mini pig. As long as you give her food she's very cool."

The blonde beauty also likes to pamper her porky pal once in a while by painting her toenails.

She added: "She lets you paint her nails and everything."