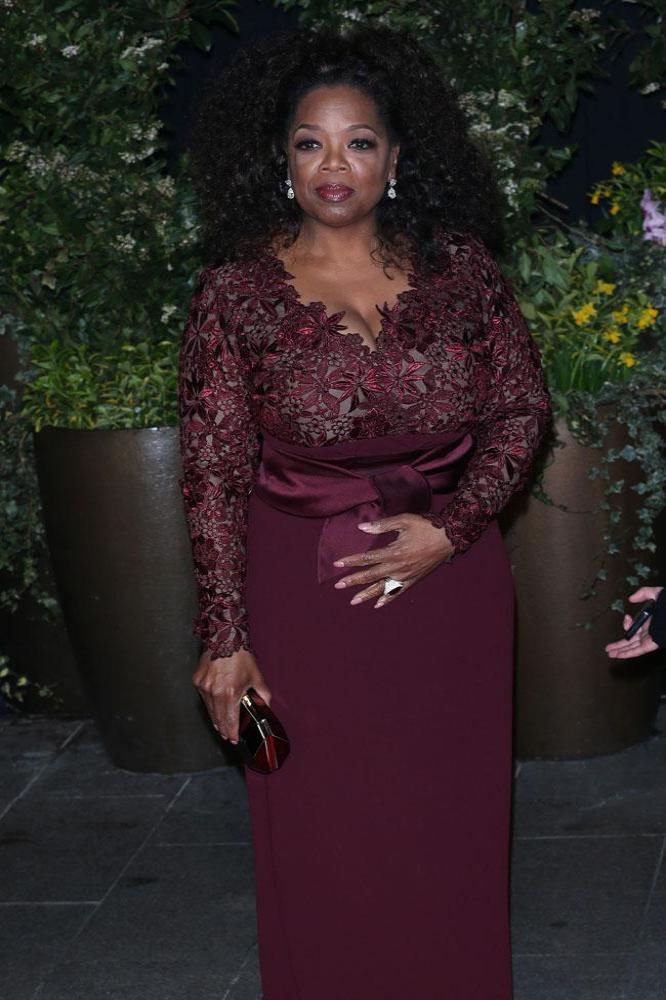 Oprah Winfrey at the BAFTA Awards

She posted a video on her Instagram account before walking the red carpet, showing two stylists trying to stitch her into the figure-hugging burgundy dress, which featured a huge bow and lace detail.

The 60-year-old actress and talk show host struggled to get into her Stella McCartney dress before the annual event at London's Royal Opera House, where she was nominated for an award for Best Supporting Actress for her role in 'Lee Daniels' The Butler'.

Oprah said: "It's an hour to go and this is Raj and Giuseppe who are literally stitching me into my gown ... Hello Stella McCartney!"

The star was up against Julia Roberts, Lupita Nyong'o, Sally Hawkins and Jennifer Lawrence in her category and lost out to Jennifer, 23, for her part in 'American Hustle', although she was unable to attend the event.

Though she didn't win, Oprah - who also presented the award for Outstanding British Film to 'Gravity' - was still delighted to be nominated for an award as she worried she would "embarrass herself" in the movie.

She said: "For someone who was trying not to embarrass myself, it is amazing.

'The Butler' is Oprah's third film, having starred in 1998's 'Beloved' and 1985's 'The Color Purple', which also saw her get an Oscar nomination.