Sir Paul McCartney was honoured when Kanye West contacted him to ask if he'd be interested in collaborating on some music.

Sir Paul McCartney feels "lucky" that Kanye West wanted to work with him. 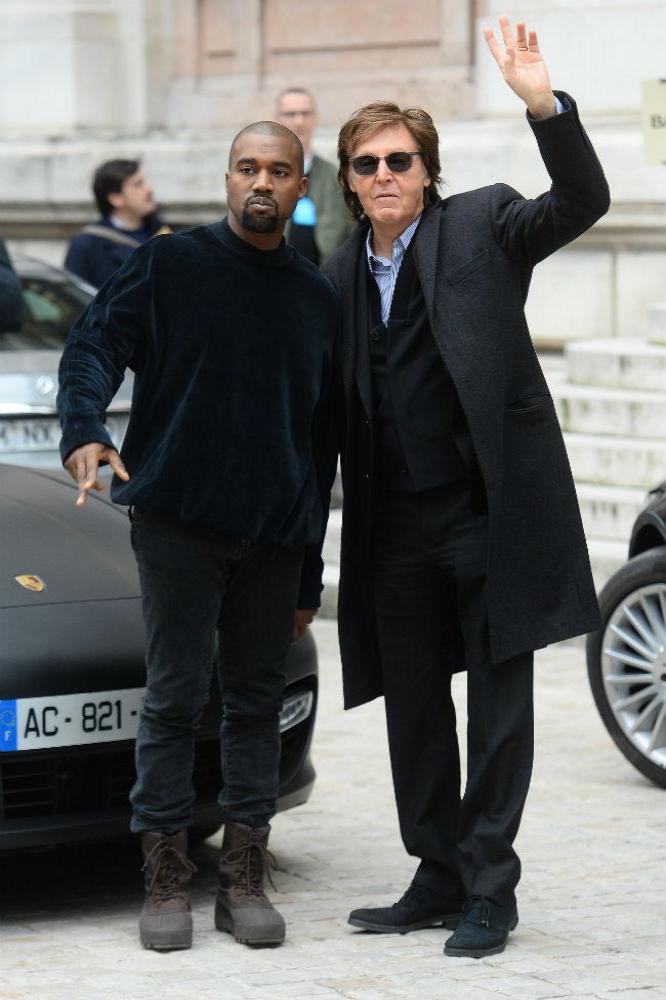 The 72-year-old former Beatle was surprised when the rapper contacted him to ask if he'd be interested in collaborating on some music, and believes his willingness to keep challenging himself with new things has kept him feeling "young".

In an interview with London's Evening Standard newspaper, he said: "It's good to connect with different artists. The secret is I keep myself very open to suggestions - I still feel like I'm about 30. I'm lucky that someone like Kanye would go, 'Yes I would like to work with Paul McCartney'. I was quite flattered, I thought, 'Why does he want to work with me?"

The 'Hey Jude' hitmaker admits he felt "soppy" when he phoned the rapper - who is married to Kim Kardashian West - to follow up on the work they did in the studio, which eventually led to the track 'All Day' and hit single 'Four Five Seconds' with Rihanna.

He admitted: "It was a few months later when I was starting to think, 'Should I ring him and ask him did anything come of the stuff we did?'

"But then I thought, 'I can't do that - that's too soppy!' I'll just leave it and try and act cool.' And suddenly he sends me 'Only One', and then Rihanna's on the other record ['Four Five Seconds']."

Paul thinks modern pop stars now have it much easier in the studio with all the wonderful technology available to them compared to the equipment The Beatles had to use in the 60s to hone their experimental sound.

He said: "We'd rehearse the song for about 20 minutes and then for the next hour-and-a-half, we would make the song. You had to be pretty good to do that, and very concise and not muck around. We didn't know any better."

Paul - who performs at The O2 on Saturday (23.05.15) and Sunday (24.05.15) - also learnt to appreciate his former band, consisting of him, John Lennon, George Harrison and Ringo Starr, far more now than ever before.

He admitted: "The Beatles were a really good band! The more I go on, the more I appreciate it."