Perla Ferrar is reportedly looking to receive 50 per cent of the former Guns N' Roses lead guitarist's earnings since they married in 2001 after he filed for divorce from her in Los Angeles on Tuesday (30.12.14).

According to TMZ, the 39-year-olod redhead has enlisted the help of an attorney to look into property and his album sales.

Since tying the knot with Perla in October 2001, Slash has released five albums, including 'Contraband', which went double platinum, and 'Libertad' with his band Velvet Revolver, as well as a self-titled debut album in 2010 which hit number three on the Billboard 200 chart.

Slash - whose real name is Saul Hudson - is said to have cited irreconcilable differences and listed their date of separation as June 15th in his legal documents.

He has also requested joint physical and legal custody of their sons, 12-year-old London and 10-year-old Cash.

The divorce comes after Perla is said to have issued the musician with an ultimatum to clean up his act by the start of 2015.

In 2010, Slash filed for divorce from his wife - who is also his manager and runs all his companies - but he later withdrew the petition just two months later when he and Perla managed to work things out. 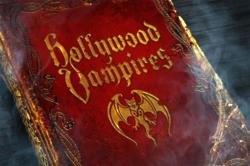 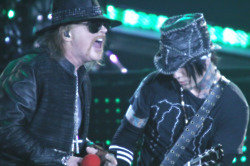 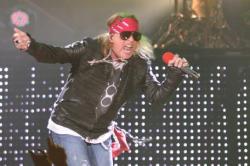