Victoria's Secret Angel Stella Maxwell is the World's Most Beautiful Woman, according to Maxim magazine.

Stella Maxwell has been crowned the World's Most Beautiful Woman. 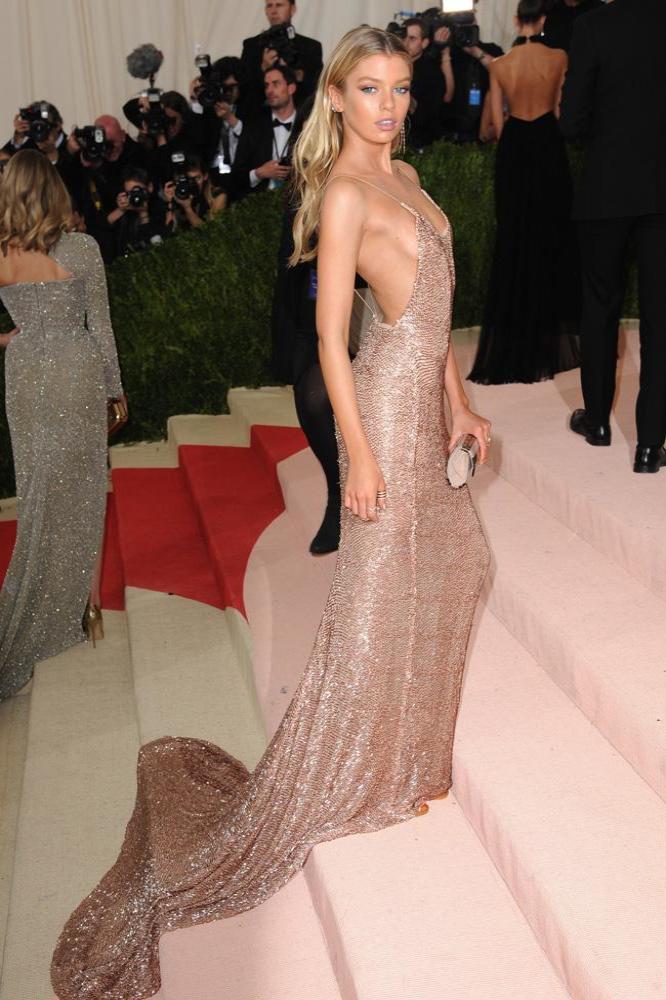 The 25-year-old Victoria's Secret Angel - who has strutted the catwalk for Balmain, Versace, Marc Jacobs and Fendi - topped Maxim magazine's annual list of the hottest females on the plant and beat off competition from the likes of last year's winner Taylor Swift.

The bombshell dedicated her win to women around the world and posted a picture of her racy cover shoot for the magazine - which sees her naked except for a gold breast plate and choker and skimpy gold thong - on Instagram.

She captioned the image: "Thank you to @maximmag for naming me No1 hottest girl 2016 Shot by the wonderful @gilles_bensimon in Joshua Tree ps: I want to share this with all the women around the world because we are all Number 1 (sic)"

The full list of the world's hottest women will be announced in the magazine when it is published on June 14, however, in extracts from her interview with the publication, Stella - who was rumoured to be dating Miley Cyrus last year - revealed her "positive" outlook on life has helped her achieve her goals.

She said: "I believe that thinking positively and envisioning the best possible outcome can add to your achievements. It doesn't always work out, but if I visualise myself getting what I want, it can happen. Positivity helps with everything in life.

"You hope for these things and you are grateful to be given the opportunity, and then you just have to throw yourself into the work."

Stella also thinks she'll handle her soaring fame because she has a good head on her shoulders and admitted she "peaked" later in life.

She said: "I think those of us who have found success grew into ourselves in our 20s. I know I was not the hottest chick at school! We all peaked a little later than the other girls."

Meanwhile, Stella bemoaned dating has gotten harder the more busy she has been modelling.

She said: "And dating is pretty hard, since I'm always on the road. "I keep my personal life personal."